“I thoroughly enjoyed this anatomisation of the no-frills Irish airline” 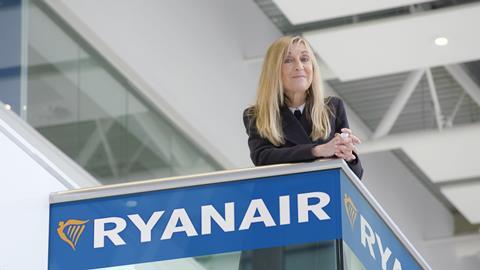 “I thoroughly enjoyed this anatomisation of the no-frills Irish airline, which seemed to exist for no grander purpose – and why should it? – than to boggle at the man who, in essence, created it: Michael O’Leary.”
Lucy Mangan, The Guardian

“O’Leary was painted as a ball-buster who detests pilots, is obsessed with cutting costs and gives cabin crew targets for how many coffees or packets of crisps they must sell on board. I bet he loved it. His belief, this lighthearted but fact-heavy documentary told us, is that there’s no such thing as bad publicity.”
Carol Midgley, The Times

Confessions of a Serial Killer with Piers Morgan, ITV

“Piers Morgan clearly wanted to make a serious true crime documentary. The trappings were all in place: the stern face, moody soundtrack, glitchy graphics and Netflix-esque photography. Unfortunately, he couldn’t suppress his tabloid instincts, meaning that Confessions of a Serial Killer with Piers Morgan veered into trashy territory.”
Michael Hogan, The Telegraph

“Giles’s testimony chilled the blood because it was so matter of fact. That was shocking enough; the show’s subliminal flashes of photos and bursts of electronic interference were a needless distraction.”
Christopher Stevens, Daily Mail

“I didn’t need to watch Hospital to appreciate how brilliant the kidney transplant unit at the Royal Liverpool University Hospital is. I already know. But I’m sure you didn’t need a personal connection to be reduced to tears. The story of Michael, who was successfully given a kidney by his lovely, brave younger sister, Collette, was emotional enough.”
Carol Midgley, The Times

“Tucked away in a workaday documentary on BBC2 was a story of human love and courage so emotional that this cynical old hack found himself with an ache in his throat for the next half an hour.”
Christopher Stevens, Daily Mail