“If you can bear the discomfort, this is a very different sort of show” 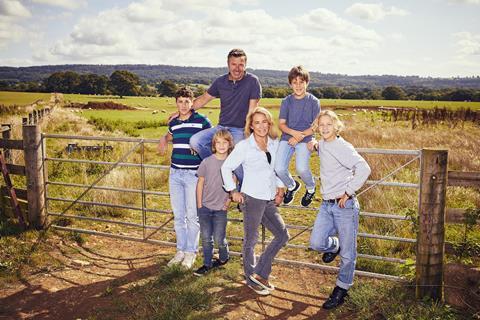 “Throughout the first episode she sounded like an unhappy woman trying to convince herself to accept an idea she hates. The whole enterprise appears to be a disaster. Her life looks so strained at the seams that it’s almost embarrassing to watch. It’s certainly nothing like the usual paeans to country living that we get from Ben Fogle and Kate Humble. If you can bear the discomfort, this is a very different sort of show.”
Christopher Stevens, Daily Mail

“There was curiously little to get excited about in the first episode. As the couple are yet to start building the new house, it mainly featured Beeny wandering around in a muddy field on a series of overcast days, talking tensely with her husband about planning applications, otherwise known as the most soporific subject on earth. No doubt the show will become more lively as building gets under way. Until then, I’m planning a new life away from it.”
Gwendolyn Smith, The i

“It was a relief to watch The Millennium Dome Heist with Ross Kemp – an almost old-fashioned crime story that didn’t involve rape or murder served up for our entertainment. This tale of an audacious attempt to steal £350 million worth of diamonds in 2000, using a JCB digger to break in and a speedboat to get away, was simply told and gripping.”
Anita Singh, The Telegraph

“If you are looking for soothing lockdown TV but find Nigella’s new show too alarming then I recommend The Repair Shop. It is a sort of cross between Antiques Roadshow and Bagpuss. I know some people who find this show too sentimental. But there is also great joy to be had in watching the craftspeople go about their work with such passion and care.”
Anita Singh, The Telegraph

“For the uninitiated, it is a profoundly soothing show that sees amiable, unassuming craftspeople lovingly restore cherished heirlooms to their former glory. Producers treat proceedings as sensitively as the artisans treat their projects, letting human stories and fiendish restoration challenges unfold gently rather than sexing them up with contrived drama or crass conversations about money.”
Gwendolyn Smith, The i

“The Repair Shop is back with its warm-blanket 1950s vibe promising all is well with the world. It isn’t about repairs, it is about human love and connecting with dead loved ones down the years via objects.”
Carol Midgley, The Times