“This is broad and warm and welcoming, with enough of a sharp side to make it worth sticking with” 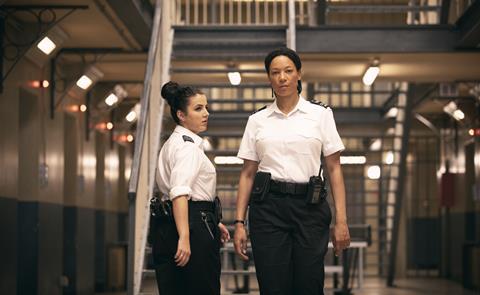 “Screws’ focus was more on the screws than the cons and it balanced the horror with the humour without diluting either. Writer Rob Williams used to teach in prisons and his richer observations show in the script. He portrays the dark and light with equal conviction.”
Carol Midgley, The Times

“It settles somewhere between soap and Sunday night blockbuster, and I mean that as a compliment. This is broad and warm and welcoming, with enough of a sharp side to make it worth sticking with. Creator Rob Williams taught in prisons before becoming a screenwriter, and he gives his show the feel of an insider’s perspective, keeping an attentive eye on the frustrations of the staff and inmates.”
Rebcca Nicholson, The Guardian

“It’s pitched at the midpoint between Time and Porridge. Bad things almost happen, but then they’re averted in a comic style. Writer Rob Williams previously taught art in a prison, and has volunteered in them since. He is making the point that prison life is a mix of the mundane and blackly comic, where blow-ups occur over the smallest of things. The result is a sanitised drama in which the audience has little emotional investment in the lives of the inmates and the tension is far outweighed by the lighter moments.”
Anita Singh, The Telegraph

“Screw is tightly constructed, with a barrage of rapid, overlapping incidents and longer, interwoven storylines. It’s a long way from Porridge, but it has sharp jokes, too.”
Christopher Stevens, Daily Mail

“It was in the same old stale groove as ever, although as tired formulas go, it still works. The good/bad news is that there is no shortage of deluded narcissistic hell-people willing to go on TV to boast ungrammatically about how fabulous they are before displaying their spectacular mediocrity.”
Carol Midgley, The Times

“After 16 years, you’d think that the joke would be wearing a bit thin, and ordinarily you’d be right. But the show has been off-screen for the past two years and, while I didn’t miss it one bit, I’m strangely cheered to have it back. Blame the pandemic. Even Lord Sugar seemed quite jolly, telling his scripted dad jokes.”
Anita Singh, The Telegraph

“The Apprentice is formulaic, protracted, often dull and usually only really worth watching for the first half, in which the hapless ‘candidates’ go full Young Enterprise to hustle on London’s most camera-friendly streets and vulnerable pedestrians. The second half as they sacrifice each other in the boardroom is never as interesting as the pantomime set-up would have us believe. Obviously, I’m going to watch the whole thing, because self-importance, pomposity, delusion, and fatal error are sadly very entertaining, and I love how big I feel – as someone who has zero entrepreneurial nous, no evidence of business acumen nor any understanding of markets or indeed money – knowing that I absolutely would do a better job than these bozos.”
Sarah Carson, The i

“The task at hand is to film an advert for a new line of cruise ships, with the episode ticking off a host of classic Apprentice tropes as it trundles along. Unnecessarily shouty conflict? Check! Green screen errors? Check! Eerily upbeat American comparing themselves to Steven Spielberg? Check!. No matter the state of the world, or however many genuinely monstrous people The Apprentice has foisted upon it over the years, there’s something undeniably cosy about its lack of growth. Why fix what’s always been broken?”
Adam White, The Independent