Shamed; The League Of Gentlemen; The Repair Shop at Christmas; U2 at the BBC; Britain's Favourite Biscuit 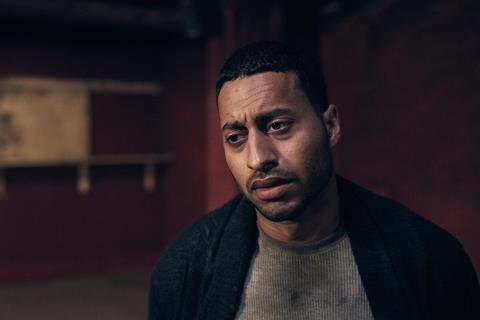 Anthony Philipson’s drama did succeed as a sharp warning about how one’s actions are fair game for the unfading judgment of social media. The young will always make mistakes, except now their lives can be dismantled in the blink of a hashtag with devastating consequences. There can’t be enough dramas making this point.
James Jackson, The Times

If Shamed painted an unnerving portrait of the world social media has wrought in its repellent image, as knife-edge genre excursion it was less successful.
Ed Power, Telegraph

This was a hauntingly good hour of drama, a reminder that the internet hasn’t killed off TV but it can wreck lives.
Matt Baylis, Daily Express

What could have been a shatteringly timely piece resonating with the zeitgeist was instead a bit of a damp squib.
Lucy Mangan, THe Guardian

The League Of Gentlemen, BBC2

Mercifully it’s still in poor taste – nobody turns to this grisly show for social commentary or compassion – but it’s still a sharp and characteristically dastardly move. As the real world intrudes on this benighted valley town, we only root harder for its survival.
Laura Snapes, Telegraph

When the in-laws turn up later this week for the holidays, and you wonder aloud how long they’ll be staying, the answer you don’t want to hear is: ‘Just a few days — or months…’ The League Of Gentlemen specialises in spine-chilling banalities.
Christopher Stevens, Daily Mail

The Repair Shop at Christmas, BBC2

I don’t know how I missed the preceding 15 episodes of its run. It is so perfectly tailored to my tastes that I had a momentary panic that I had forgotten I had become a BBC exec and commissioned it.
Lucy Mangan, THe Guardian

The tracks were superbly performed, but couldn’t we have had a more probing rock critic doing the interview bits? Instead, we had Cat Deeley offering such children’s presenter questions as: “Do you pack your own suitcases on tour?”
James Jackson, The Times

Desperately filling airtime were people such as Sandi Bogle, Hal Cruttenden, Jesse McClure and Nina Wadia. Who? Even the voiceover, by Jane Horrocks, dismissed them as ‘rent-a-quotes’.
Christopher Stevens, Daily Mail