Sharp Objects; Who Do You Think You Are?

“It is altogether mean, moody and magnificent and a fine addition to the gathering tide of female-led and female-driven dramas” 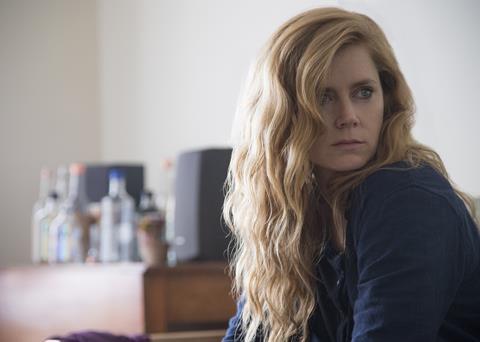 “It is altogether mean, moody and magnificent and a fine addition to the gathering tide of female-led and female-driven dramas. Sharp Objects is part of a new breed of slickly produced but weighty vehicles for brilliant actors of beyond-starlet age that explore multiple plot strands, women’s stories and contemporary issues and prove, via overwhelming critical and popular acclaim, that talent survives beyond a lady’s 30th birthday.”
Lucy Mangan, The Guardian

“A finely tuned sense of unease, coupled with Amy Adams’s compelling performance, keeps Sharp Objects from ever feeling blunt, even if the first three episodes are a little slow-moving. The unsettling atmosphere is given priority over the action initially, but as the mystery builds, the deliciously poisonous Wind Gap looks likely to accrue enough of both to sustain our interest.”
Rebecca Hawkes, The Telegraph

“Some have billed it as the new Big Little, but it isn’t. It is darker, eerier, less glamorous and lacks BLL’s glittering array of characters, so a mesmeric Amy Adams has to carry most of the heft. She consumes nothing but vodka, bourbon and cigarettes, sleeps in her car and doesn’t once change her skanky grey jumper, yet still looks dewily beautiful. Could she let us know what moisturiser she uses?”
Carol Midgley, The Times

“It was a lovely episode. I mean that sincerely. WDYTYA is formulaic dross much of the time, a luvvie ego trip disguised as genealogy, but Olivia Colman brought to the show what she brings to her acting roles: heart and humanity.”
Carol Midgley, The Times

“Colman made the ideal subject: fully engaged, vibrating with excitement, by turns witty and weepy. With comedian Lee Mack, pop star Boy George, Paralympian Jonnie Peacock and Strictly Come Dancing head judge Shirley Ballas among those still to come, Colman got this eight-part run off to a joyful start.”
Michael Hogan, The Telegraph

“This was the first of a new seven-part series and as far as I’m concerned all of them can be about the Colman clan. She was the perfect candidate for family history, not least because so many of her forebears kept excellent records: diaries, portraits and confessional letters.”
Christopher Stevens, Daily Mail

“A particularly riveting episode of Who Do You Think You Are? shook the upper branches of Olivia Colman’s family tree, and some strange fruit fell out.”
Matt Baylis, Daily Express