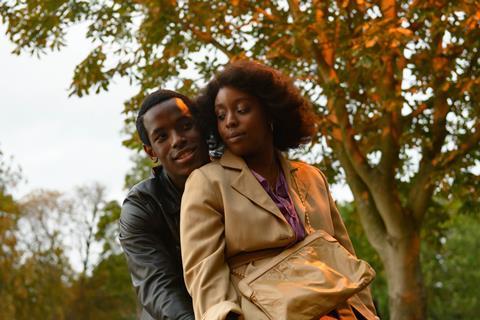 “Steve McQueen’s Lovers Rock was so sensual and uplifting I almost wanted to be transported to the 1980s, sitting on uncarpeted stairs in a ruffled blouse drinking warm lager at £1 a can. There was no plot to speak of and no particular narrative, but what McQueen achieved was an immersive experience so evocative you could almost smell the smoke and sweat in that house among the seductively swaying hips moving slowly to Silly Games by Janet Kay, which was played in its entirety in a sequence that had more sexual potency than the ballroom dances in a Jane Austen novel.”
Carol Midgley, The Times

“Where Mangrove pummeled you around the head, Lovers Rock drowsily enveloped you. It was a languid, lovely piece of film-making in which very little happened. Lovers Rock took its name from the romantic, melodic reggae of the time and what made McQueen’s film extraordinary was its focus on the music. If there is such a thing as an immersive TV experience, then this was it.”
Anita Singh, The Telegraph

“With a house party in Eighties London as backdrop, the usually unflinching McQueen showed an unexpectedly sweet side in this intoxicating portrayal of stolen glances and slow kisses on the dance floor. Drawing on McQueen’s childhood memories of his party-going aunt, the story was grounded in the British Caribbean experience. And yet Lovers Rock – named after a genre of reggae – felt universal, too.”
Ed Power, The i

“The glorious thing about Allsopp’s programmes is that there is something for everyone. For the clever and talented, there are ideas and inspiration aplenty. For the rest of us, there is Allsopp’s unmitigated, unmediated joy in the proceedings and her unforced ability to live in the moment. There are those who will reject wholesale the atmosphere of cosiness and nostalgia that Allsopp’s craft programmes conjure. And I would suggest, gently, that if you are one of them, you could just … maybe, excuse yourself from the room.”
Lucy Mangan, The Guardian

Kenneth Williams: In His Own Words, Channel 5

“It wasn’t what Williams said, it was how he said it that made him such a singular comedic force, as Kenneth Williams: In His Own Words demonstrated time and time again. The clips from Carry On films and chat shows were a pure nostalgia rush.”
Carol Midgley, The Times

“For those who enjoy their murders bloody, landscapes windswept and brooding and knitwear low-key stylish, The Valhalla Murders ticked all the boxes. The best thing about this Icelandic-produced drama was that it wasn’t in the least self-conscious about trotting out everyone’s favourite Scandi-thriller tropes. The entire affair, in other words, could have been bolted together from a build-you-own Nordic Noir kit. It was wonderfully pulpy, too.”
Ed Power, The Telegraph