“It had all the tension and drama of an action film.” 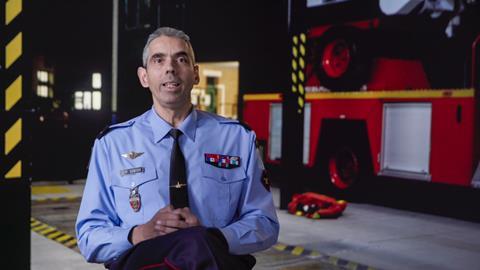 “It is an admirably structured film, spreading and carrying the weight of abundant material. This was gathered scrupulously from the firefighters who faced the flames – and whose narrative drives the film – as well as from the people on the ground, including commanders directing operations, the cathedral’s priests, bureaucrats, curators and volunteers who came to contribute what they could. This is a film that makes you long for several spin-offs.”
Lucy Mangan, The Guardian

“Thank God for firefighters. Thanks, too, for film-makers, in this case the brothers Jules and Gédéon Naudet, who got straight to the scene and, with the help of some stirring interviews with the key players, fashioned a narrative that had all the tension and drama of an action film. From the moment bored schoolchildren noticed a funny smell to scenes of molten lead spewing from the mouths of Quasi’s gargoyles, it was gripping.”
Ben Dowell, The Times

“A superb documentary about the 2019 fire that ravaged France’s most beloved building. The Naudet Brothers are master storytellers. It was all brought vividly to life in words, photographs and illustrations.”
Anita Singh, The Telegraph

“Storyville’s The Night Notre Dame Burned seemed at risk of dragging its feet, running at 90 minutes. But after a first half an hour in which various Parisian officials described how dull and ordinary their days were before the fire broke out, I found myself gripped by this minute-by-minute tale of how the night in April last year unfolded. The firefighters’ astonishing bravery in preserving a part of France’s culture and identity was a story worth remembering.”
Barbara Speed, The i