The Accident; Climategate; Unlocking Nature’s Secrets; The Secret Life Of The Zoo 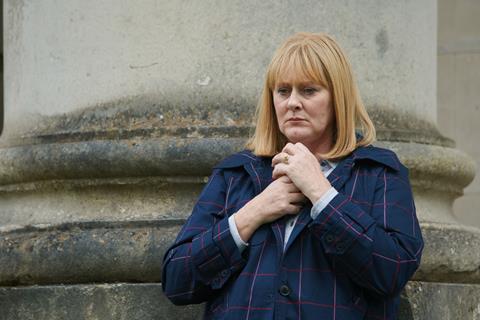 “The Accident had every ingredient needed for a stonking series — great cast, good premise, quality writer — but the mixture never quite rose to the occasion. It dealt with the most heart-rending subject imaginable — the death of children — yet my heart never felt rent. It was a drama in search of a soul, but what it found ultimately was formula.”
Carol Midgley, The Times

“It was the scenes at the construction company that were the real howlers: acting so wooden and dialogue so stilted that they could have come from a corporate training video badly dubbed into English. It was like an episode of the old Granada Television series, Crown Court, but without the dramatic tension.”
Anita Singh, The Telegraph

Climategate: Science of a Scandal, BBC4

“On the 10th anniversary of Climategate, it would have been nice to see the rigour and honesty of their accusers interrogated more closely, but at least the scientists finally got to tell their side of the story.”
Lucy Mangan, The Guardian

“The nerdish scientists we met in Climategate: Science of a Scandal were the sort of people you expect to see poring over graphs with a pint of real ale, not caught up in global infamy and being threatened with a bullet between the eyes. They may have been vindicated, but it was patently obvious that these people have not been left unscarred.”
Carol Midgley, The Times

“Their stories were told with a mix of re-enactment and archive footage, which simply didn’t work. We saw far too many shots of science labs and writing desks, too. Though the central theme was interesting, this 80-minute programme was a trudge, the sort where you keep pausing to make another pot of tea.”
Christopher Stevens, Daily Mail

The Secret Life Of The Zoo, C4

“Narrated by actress Tamsin Greig and smartly edited into a flurry of glimpses from around the park’s enclosures, this show delivers non-stop entertainment with lots of humour.”
Christopher Stevens, Daily Mail