“This was Neil back to his best” 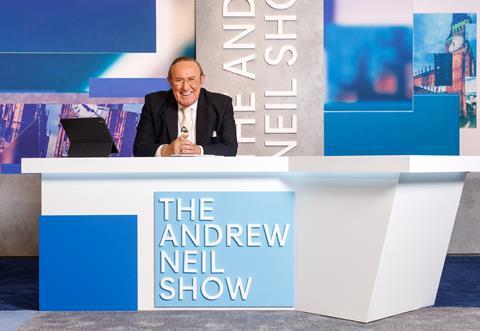 “This was Neil back to his best, combining forensic knowledge of statistics and documents with intense listening during the interview, rather than, as some TV inquisitors do, sticking to a rigid pre-prepared question list. The network has done well in getting the premier political interviewer back at a first-class broadcaster.”
Mark Lawson, The Guardian

“If not quite as riveting as he had promised, there were occasional flashes of that old bulldog brio. His sense of humour was also intact, helping enliven a sleepy end-of-weekend slot. After his running battle with GB News management over the direction of the station – and over early technical mishaps – Neil looked pleased to be on Channel 4.”
Ed Power, The Telegraph

“There are several shows that follow the progress of soldiers during their training exercises, but it’s rare to get a ringside view of the most revered fighting unit in the world. I usually have little interest in military training, but I was mesmerised by the strength and determination of ordinary lads such as Kane, a joiner, and the baby-faced Dom, a 16-year-old from London who wanted to make something of his life and not drift into trouble. What enormous inner reserves they had.”
Carol Midgley, The Times

“You could argue that this was free advertising for the Navy, a recruitment film that glossed over any negatives. You’d be right. But so what? It was one of the most stirring programmes I’ve seen in a long time, and humbling to see these young men pushing themselves.”
Anita Singh, The Telegraph

“The second chapter of this supernatural anthology series makes stylishly bleak drama out of a disgraceful period of American history: the internment of 120,000 US citizens with Japanese ancestry after the attack on Pearl Harbor. The result is suspenseful and atmospheric but slow-burning to the point of inertia.”
Michael Hogan, The Telegraph

“Rarely is a show so infused with dread as The Terror: Infamy. From its chilling opening scene, in which a woman carefully dressed for what turned out to be her suicide, the dual unease of simmering 1940s racial tensions and a vengeful supernatural presence created a ghost story rooted in real horrors. Moments of visceral body horror were used sparingly and to shockingly good effect in a show that is carefully choreographed to unnerve viewers from the off.”
Rachel Sigee, The i