The Apprentice Final; Best Christmas Ever; Inside Hamleys; Sunderland 'Til I Die

”A ho-hum ending to a ho-hum season of one of reality TV’s dinosaurs.” 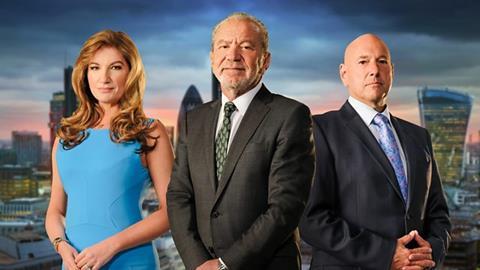 “Once upon a time, the charmlessness of its contestants was its main asset – the viewer was made to feel they deserved what they got – but I have begun to feel sorry for them all, for being made to look foolish, for the slimness of their chances and the paltriness of the ultimate prize.”
Tim Dowling, The Guardian

“A ho-hum ending to a ho-hum season of one of reality TV’s dinosaurs. Much like The X Factor’s lost ability to claim the Christmas number one, it has been years since anyone remembered the name of an Apprentice winner past the closing credits.”
Ed Power, The Daily Telegraph

“While this year’s run may have been comprised of more fame-hungry candidates than ever, it’s tough to deny it’s been a vigorously entertaining 12 weeks, thanks in large part to the editing team’s indefatigable efforts and Alan Sugar’s wry one-liners (the damning “you couldn’t give away prosecco at a hen night” being a particular favourite).”
Jacob Stolworthy, The Independent

“A one-off variety bash with eggnog coursing through its veins. As a guilty pleasure it charmed no end. Despite the curious seriousness that comedian and crooner (and Pointless host) Alexander Armstrong brought to the shindig … In other circumstances, it may have verged on unwatchable. But some things just make sense at this time of year.”
Ed Power, The Daily Telegraph

“This one-off serving of family entertainment, soaked in brandy butter, was saved from being too sickly by its guests.”
Christopher Stevens, Daily Mail

“A rather odd show. This documentary would have been a good deal more engaging if it had kept a tight focus on its war stories … By cramming in factoids about every kind of toy across more than a century of fads and fashions, from rocking horses to Sindy dolls, Paddington Bear to elastic slime, magic tricks to Monopoly, it all became overwhelming and dizzying.”
Christopher Stevens, Daily Mail

Sunderland ’Til I Die, Netflix

“Handsomely produced as it is, the series is by no means perfect. Too many of the subjects fall back on bland sporting cliché to describe Sunderland’s plight … Some of its stylistic touches begin to grate. The self-indulgent title sequence strains too hard to be epic. There’s an over-reliance on slo-mo and explanatory captions. However, quibbles are minor. It’s a mark of the Mackems’ resilience and the film-makers’ skill that such a bleak narrative still ends on a note of optimism.”
Ed Power, The Daily Telegraph