The Apprentice; Who Do You Think You Are?; Back

“The Apprentice remains fiendishly watchable: cunningly cast with hiss-boo villains and skilfully edited to suck us in.” 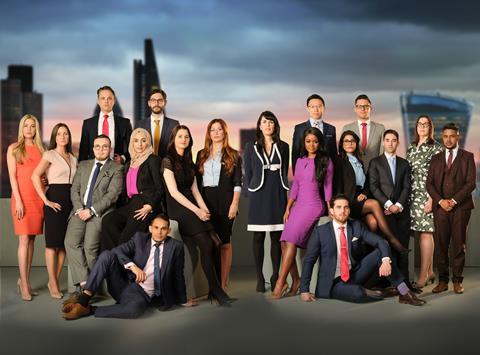 “The Apprentice remains fiendishly watchable: cunningly cast with hiss-boo villains and skilfully edited to suck us in. After 12 years on-air, however, the format has grown as stale as Sugar’s one-liners.”
Michael Hogan, The Telegraph

“The one-liners Lord Sugar insists are unscripted were more withering than ever. And, glossing over the question of why candidates who claim to be already earning £175,000 salaries need Lord Sugar’s investment, it was still marvellous to have The Apprentice back.”
Claudia Connell, Daily Mail

“The Apprentice has a winning if well-worn TV formula that works, provided that it has enough tools, and I mean that in the pejorative sense. It’s the same old same old, but it’s back and it works.”
Carol Midgley, The Times

“They might say that viewing figures speak for themselves, and remain high, the customer is happy. But continued high ratings don’t necessarily mean continued essentialness, and it’s been a while since The Apprentice was essential, or memorable. More like just inevitable now.”
Sam Wollaston, The Guardian

“The original US Apprentice allowed Donald Trump to create a whole propaganda machine for his personal brand that gave him a platform into politics which may lead to the death of democracy and nuclear war. Lord Sugar has thankfully only entertained mild flirtations with government.”
Bernadette McNulty, The i

“Mouthy comedian and mental health campaigner Ruby Wax was the latest celebrity to rummage around in her ancestry. What unfolded was a gut-punch story of Jewish persecution and mental illness. It was an affecting tale, sensitively told.”
Michael Hogan, The Telegraph

“Uncomfortable and upsetting though it was, the episode was compelling and proved that Who Do You Think You Are? is still capable of uncovering some fascinating stories.”
Claudia Connell, Daily Mail

“Who Do You Think You Are? has the power to reveal the vulnerability behind seemingly self-confident celebrities in a very loving fashion.”
Bernadette McNulty, The i

“Back was darkly masterful last night as Stephen (David Mitchell) walked his dog at the start of what was not to be a good day. The final scene was brilliantly excruciating. Does a second series loom? If so, good move.”
Carol Midgley, The Times