The Bay; The Journalist

“I was never mad on this drama to be honest, but this was a well-written episode and Marsha Thomason has made a strong start” 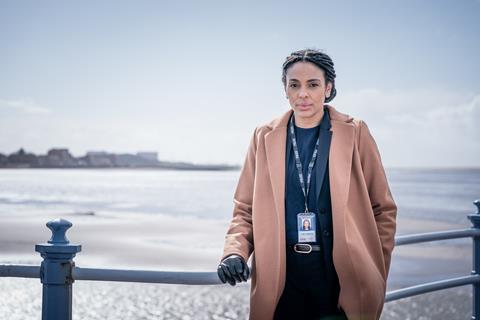 “The question mark that had been hanging over The Bay — would it survive the departure of its main star? — seems at this stage to be yes. I was never mad on this drama to be honest, but this was a well-written episode and Marsha Thomason has made a strong start.”
Carol Midgley, The Times

“Marsha Thomason is DS Jenn Townsend, newly arrived in town and slotting straight into DS Lisa Armstrong’s place. Instantly, the character isn’t as likeable. Does likeability matter, though? Shows such as these work because they’re efficient police procedurals, and the storyline here was perfectly all right: a promising young boxer found dead in the bay, having suffered a vicious beating. The regular supporting cast is strong, and it’s always a sign of quality when Gary Lewis pops up in a show, here playing the boxing club boss. It’s a decent whodunit to get you through a long January, but it won’t be joining any lists of great detective dramas.”
Anita Singh, The Telegraph

“This drama wasn’t always so miserable. When it starred Morven Christie, there were moments of humour, even larkiness. Without that, the mood was so relentlessly low that I nearly switched over to watch Gregg Wallace on Inside The Factory. Yes, it was that grim. The frustration is that there’s a strong cast here. That’s a reason to stick with it. So is the tension between Jenn and her sidekick, DS Karen Hobson (Erin Shanagher). If The Bay can play up those strengths, the departure of Christie won’t matter. But I can’t stand many more weeping aunties.”
Christopher Stevens, Daily Mail

“Though Thomason gave a deft performance, this by-the-book, straightforward episode missed a vital chance to shake up the show. The hour played out like a run-of-the-mill crime drama. It’s a shame not much attention was paid to Jenn’s family situation and her reason for moving to Morecambe – her new boyfriend – which was by far the most interesting aspect.”
Emily Baker, The i

“Ryoko Yonekura is superb as the titular bloodhound Anna Matsuda. There’s lots to like, too, about The Journalist’s Tokyo, which looks dank and sultry through cinematographer Keisuke Imamura’s lens. And if it’s timely you want then there are few subjects more newsworthy than news itself. But as much as this journalist is delighted by a story of a journalist as tenacious maverick speaking truth to power and generally bossing it, this is still the same story we’ve seen many times before. From the wall of scrawled Post-It notes to the press conferences and the quirky cub reporter, no trope is left unturned. The Journalist does at least have the decency to limit itself to six episodes, which means that the conspiracies never spiral into absurdity and the climactic court scenes and come-uppances still hit home. But it remains a strange amalgam of taut thriller and bizarre panto.”
Benji Wilson, The Telegraph