“Bleak, sad and, best of all, entirely believable.” 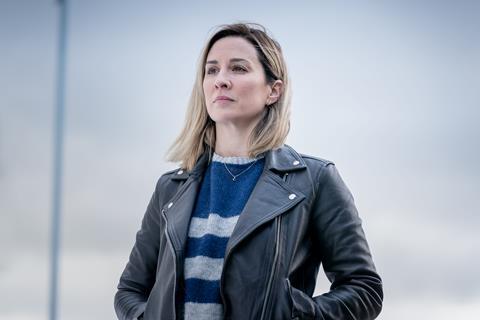 “This was a curious onion in that there were good performances and decent dialogue, but it never grabbed me by the metaphorical cojones. It didn’t make me want to holiday in Morecambe: here was unrelenting misery and despair, and that will be just the tourist board.”
Carol Midgley, The Times

“The final reveal as to who had murdered teenager Dylan was devoid of got-you twists, instead telling the story of an intense teenage love affair, an argument between two twins, a boyfriend who couldn’t quite control his temper, a fall and subsequent fatal head injury. Bleak, sad and, best of all, entirely believable.”
Sarah Hughes, The i

“The curious beast that was MotherFatherSon had a stonking cast, the star pull of Richard Gere and, granted, flashes of brilliance along the way. However, it seemed that its priority wasn’t to engage the viewer but often to preach to them self-importantly. There were stagey speeches with clunking dialogue, telling not showing, and a flabbiness in running it to eight episodes, possibly to justify the high-calibre cast. This was an unsatisfying ending after eight hours’ investment.”
Carol Midgley, The Times

“For those of us who enjoy the over-the-top, there was a huge amount to like about Tom Rob Smith’s drama. The only problem was that Smith had written both an intimate family drama and an increasingly dark political thriller, and the two never quite hung together.”
Sarah Hughes, The i

“It’s hard to imagine who could want to watch, let alone appear in, Old Wife, New Wife. The only possible value in the series is as a teaching aid. Show this episode to GCSE pupils and get them asking questions. If this programme has any worth at all, it will be in helping other young people to wake up before making the same mistakes.”
Christopher Stevens, Daily Mail

“I don’t know if the mood of Bonding is perfect for the length or the length is perfect for the mood, but whichever came first, the overall effect is graceful and charming. Everything is fleet and light, nothing outstays its welcome and the audience is left to be swayed – should they need it – towards the message of tolerance by the joyful insouciance of the whole thing, rather than any heavy-handed lectures or rigid point of view.”
Lucy Mangan, The Guardian

The Customer Is Always Right, BBC1

“The constant mistake on The Customer Is Always Right is a basic one. This product-testing show keeps giving gadgets to people who have no use for them whatever, and then wonders why they can’t be bothered to review them properly.”
Christopher Stevens, Daily Mail