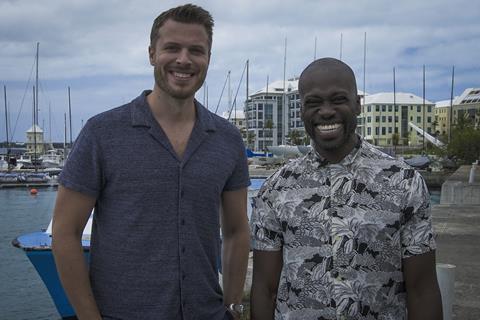 “Much of the hour was made up of light explanations of meteorology and the potential dangers of sailing in oceans, along with some glimpses of impressive Atlantic megawaves — all of which was adequate as TV to glaze over to.”
James Jackson, The Times

“Trouble is, most mysteries, once solved, are often very dull and I for one would rather have some vague idea of a place in the ocean where things disappear all the time than the reality of a bit of water that just has a lot of storms and is visited by a great many stupid sailors. There’s only really one mystery left to ponder, which is how they’re planning to squeeze three episodes out of telling us there’s no mystery.”
Matt Baylis, Daily Express

“This fascinating, moving film (it made me cry, which is not something that can often be said of BBC Four art documentaries) is a powerful reminder of how easily history can be erased. It sets out to fix the distortion, the result of what artist Sonia Boyce describes as “a mass systemic amnesia” in the art establishment. Racism, to be clear.”
Chitra Ramaswamy, The Guardian

“To answer the first part of the title Whoever Heard of a Black Artist? Britain’s Hidden Art History you could say that Chris Ofili and Steve McQueen spring to mind, and I’m no expert. However, ask the same question adding “from before 1990” and it’s certainly a different story.”
James Jackson, The Times

“The problem, as always with the final throes of Love Island, is that the show is not great to watch when the people on it are actually in love. It is far, far more entertaining when they’re rowing, lying, plotting, grafting and pieing each other off.”

Alice Jones, The i