“The title jauntily evokes a fictional Texan whorehouse, which feels a tad inappropriate before we’ve even started” 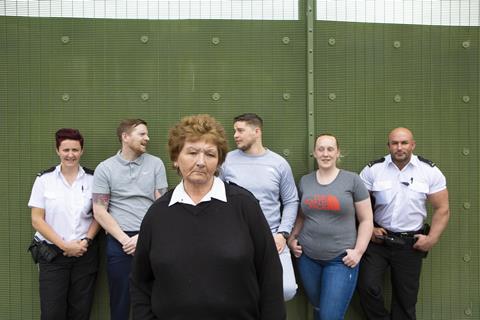 “In The Best Little Prison in Britain?, the bright idea has been to say something positive about incarceration. The title jauntily evokes a fictional Texan whorehouse, which feels a tad inappropriate before we’ve even started. The officer/prisoner ratio is 1:1 and you get seven hours out of the cell each day to pump iron and play ping pong, and there’s unlimited access to Mars bars while stocks last. Stephen Fry, a docusoap veteran, supplies the perky voiceover. He set the scene, introducing an island famous for its fast motorbikes, generous tax breaks and, until very recently, legalised homophobia. Oh hold on, he forgot to mention that last one. At 22 minutes an episode it doesn’t ask or answer any searching questions about how this weird island jail has anything to teach us on the mainland.”
Jasper Rees, The Telegraph

“There was an oddly light-hearted, upbeat tone to this documentary, which opened with Andrew arriving at prison as cheerily as if he was checking into a spa. It was quite entertaining. He was on remand accused of hitting his elderly mother over the head with a rolled up Hello! magazine, which sounds like a line from a Victoria Wood song. They lock people up for weird reasons here. Former inmates had been guilty of failing to display a tax disc and a man throwing a glass of water in his wife’s face during a row.”
Carol Midgley, The Times

“This was all amiable and jaunty, and Stephen Fry’s voiceover very carefully neglected to mention that Jurby prison was criticised by the chief inspector of prisons in 2011: its ‘lack of bureaucracy’ and ‘too casual approach’ led to violent bullying and a rampant drugs problem. The closest we got to a glimpse of Jurby’s reality came after inmate Goldie, a man with ‘thug life’ tattooed across his beer belly, tried to conduct his own courtroom defence. Charged with actual bodily harm, he talked himself into a five-year sentence.”
Christopher Stevens, Daily Mail

“Der Pass adheres to Nordic noir’s now traditional template by dumping a corpse over the high Alpine border between Germany and Austria. One of the compensations of the setting is glorious shots of sky-serrating peaks and plunging valleys. If nothing else it’s something to cool down to.”
Jasper Rees, The Telegraph

“If the trend for true crime trades in realism, German-language crime drama Der Pass is hyper-unrealistic: every shot gloomily filtered, and a full house of detective drama clichés. Far fresher is the plot’s use of immigration and human smuggling in mainland Europe. The murder victim has links to an operation which left a group of migrants dead inside a lorry, and a tape is revealed in which he seems to admit: “I smuggled people, and destroyed their lives.” The clichés don’t abate for long, though – we first hear the tape layered over footage of a blackbird and a rustling shower curtain.”
Barbara Speed, The i

“We hear a lot about the housing crisis, but we rarely hear from anyone who claims to have the answer. George Clarke, architect and presenter, is the exception. His grand scheme is for local government to build tens of thousands of houses every year, and to suspend Right to Buy, so council houses don’t end up in the hands of private landlords. To that end, he’s running a campaign, 100 years on from the birth of council housing, pushing central government to sign up to his scheme. He is also helping to create a new development of 30 social homes in Manchester. Clarke’s optimism about a kind of housing so often denigrated is infectious, though – he demonstrates that good design, use of space, and amenities, are all possible in new council housing.
Barbara Speed, The i