“In short, it’s absolutely terrible and a welcome port in the storm of quality out there” 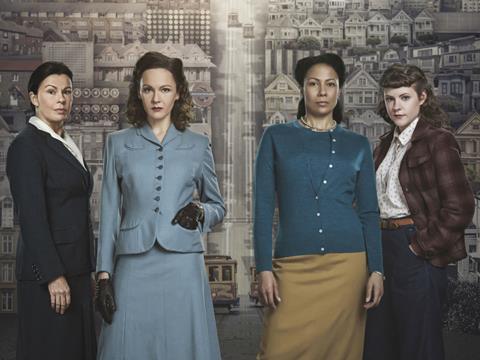 “The plot was far-fetched, two characters are missing and much of the dialogue was so corny I laughed out loud. But it was nice to look at, aside from a serial killer strangling women before cutting out their tongues.”
Carol Midgley, The Times

“It was good as ever on the wry touches of mismatched clever women bunking up together and ultimately, I guess, that’s why the producers hope people will follow this wartime format to another era altogether.”
Matt Baylis, Daily Express

“It’s easy to overlook the faults of the Bletchley Circle, because it’s a pleasure to have a band of clever women as detectives. They’re not depressive, neurotic or tormented, let alone morose alcoholics.”
Christopher Stevens, Daily Mail

“In short, it’s absolutely terrible and a welcome port in the storm of quality out there. Pour yourself some scalding-hot tea, sit back and enjoy.”
Lucy Mangan, The Guardian

“This new adaptation flirts with a stick-it-up-your-panpipes approach, positioning Irma, not mystical Miranda, as the “feminine” one – all tumbling, golden curls, and perfect deportment – then makes her the unwanted toy of her father, her stepfather, and her inconstant suitor.”
The Telegraph

“Gone Fishing works for the same reason that Mackenzie Crook’s sitcom Detectorists was such a joy. Two blokes, hoping to get away from real life for a bit, potter about in the English countryside, bickering and philosophising. Occasionally, accidentally, one of them says something profound.”
Christopher Stevens, Daily Mail