The British Tribe Next Door; Spotlight on the Troubles: A Secret History 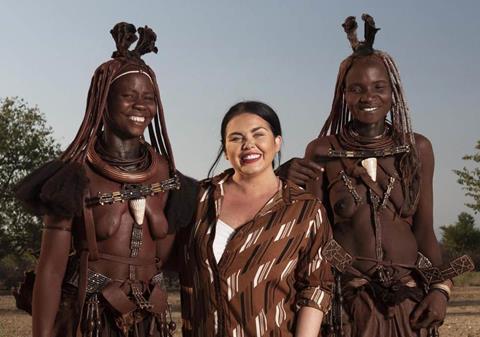 The British Tribe Next Door, Channel 4

“It remains to be seen what the Himba, whose land has been trampled all over for the purposes of a reductive experiment, can really gain from all of this – and what the Channel 4 commissioners were smoking when they put this on TV.”
Ellie Harrison, The Independent

“None of this is the Moffats’ fault, but the makers have put them in what seems to me to be an implicitly racist format, working within a tradition that has historically not treated indigenous people well or respectfully, even if there is nothing overtly racist about this specific instance.”
Lucy Mangan, The Guardian

“The cute title and all the good intentions in the world couldn’t mask the fact that – on the basis of the opening episode at least – this was all about the Moffatts addressing their own issues of materialism, consumption and sustainability… An expensive and rather redundant throwback.”
Gabriel Tate, The Telegraph

“The nagging feeling that this was really a vehicle for sweet Scarlett became full-blown when things turned to her body-image issues. By the end, the big question rested on whether Scarlett could summon the courage to bare her breasts to fit in. It’s one way to get people to tune in next week.”
James Jackson, The Times

“Scarlett’s misgivings were brought into conversation time and time and again and it seemed as though she was more interested in grappling with them, rather than using her time and platform to create a piece of television that could stimulate some sort of important anthropological conversation.”
Cydney Yeates, Metro

“What’s the most ridiculous programme that Channel 4 has ever made? Sex Box? The Execution of Gary Glitter? Extreme Celebrity Detox? Whatever, The British Tribe Next Door is up there vying for supremacy.”
Adam Sweeting, i

Spotlight on the Troubles: A Secret History, BBC4

“Did a typically decent job of explaining the tortuous path to peace in Northern Ireland. The series has been almost Ken Burnsian in the way it mixed old footage with living witnesses from all sides, the difference being in having the reporters in the frame, with Darragh MacIntyre ambling up to camera last night.”
James Jackson, The Times