The Cameron Years; Criminal; 1944: Should we Bomb Auschwitz?

“The film has the air of a well-rehearsed, entirely media-managed exercise in self-justification.” 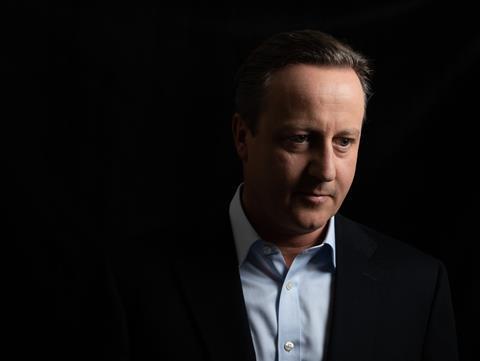 “There is no distance or detachment here; no honest or clear-eyed analysis; nothing recollected in equanimity. Everyone still has much to lose. Everyone is still as engaged as they ever were in the game of self-serving multidimensional chess that is domestic politics.”
Lucy Mangan, The Guardian

“It is Mr Cameron’s voice that dominates: occasionally self-pitying, inevitably self-justifying and sometimes downright bitter. Mr Cameron doesn’t have to answer a single question put directly. As such, the film overall has the air of a well-rehearsed, entirely media-managed exercise in self-justification.”
Gerard O ‘Donovan, The Telegraph

“The Cameron Years is a well-made, intelligent, if rather bland documentary with no gimmicks, bells or whistles. Cameron came across as thoughtful, fair and reasonable, qualities in scarce supply in politics these days.”
Carol Midgley, The Times

“Every episode is a spare, precision-engineered hour without a wasted shot or beat. If it feels occasionally just slightly too slick or the writing slightly too clever, these are very much forgivable flaws.”
Lucy Mangan, The Guardian

“The restricted location and reliance on dialogue mean the action often feels stagey, like a one-act play. Attempts to create a running thread by fleshing out the police team’s relationships – office politics, post-work socialising, workplace affairs, unrequited crushes and competitive jostling to advance their careers – fall a little flat. Despite such flaws, though, Criminal grips, beguiles and keeps you guessing.”
Michael Hogan, The Telegraph

“This was a desperately sad, engrossing documentary that took us back to a time before the world became aware of the horrors being perpetrated in the Nazi death camp at Auschwitz-Birkenau. The film brilliantly evoked, through a mix of interviews, reconstruction and archive material, how even as late as April 1944 the Allies were almost entirely unaware of the programme to exterminate the Jews.”
Gerard O’Donovan, The Telegraph

“I’m not a huge fan of dramatised reconstructions in Second World War documentaries. There were a couple of such moments in 1944: Should We Bomb Auschwitz?, plus unnecessary gothic music, but mostly the acting did not embarrass the subject. The programme told the story pretty well, but no dramatic recreation will ever come near the power of those grainy monochrome films.”
Carol Midgley, The Times

“Told through dramatisation, the testimony of experts and surviving prisoners, the documentary was thought-provoking and compelling, and left viewers full of admiration at the risks Vrba and Wetzler had taken to tell their story.”
Claudia Connell, Daily Mail