The Case Against Adnan Syed; The Brexit Storm; This Time with Alan Partridge; For Folk’s Sake

“As a quiet indictment of true crime and its ghastly razzmatazz, it was devastating” 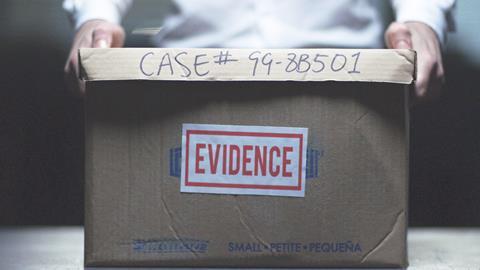 “It may prove a vital and life-altering piece of popular journalism. If not, it may just go down as a particularly glossy entry in the ever-growing market for sensational true crime, because when it strays from its central argument, it lilts into exploitation.”
Louis Chilton, The i

“Its sympathy for Syed is clear, which is not to say that it’s misplaced. But a more sceptical approach could have differentiated it from the podcast and been more enlightening.”
Emine Saner, The Guardian

“As testament to a tragedy, Amy Berg’s documentary was wrenching. As a quiet indictment of true crime and its ghastly razzmatazz, it was devastating.”
Ed Power, The Telegraph

For Folk’s Sake: Morris Dancing and Me, BBC4

“This was a slyly sharp look at the battle between tradition and modernisation. It also stood as an anthropological study of men’s desire for their own sacred spaces and how they can feel threatened by gender equality when actually they have little to fear.”
Michael Hogan, The Telegraph

“People get so emotional about their morris dancing, I think, because it is like an umbilical cord to an old England that is fast disappearing. Richard Macer himself was a comical picture of abject misery when he attempted to morris dance. If Midsomer Murders can’t get inspiration from this, I’ll eat a flowery hat.”
Carol Midgley, The Times

“The gentle, quirky documentary For Folk’s Sake: Morris Dancing And Me (BBC4) was full of amiably eccentric characters like Barry, a gap-toothed grandfather whose pewter beer tankard was rarely far from his hand.”
Christopher Stevens, Daily Mail

“Watching Kuenssberg thriving at the top of her game was frequently riveting, yes, if you could bear the onslaught of references to “total powerlessness” of politics. But inevitably, one came away wishing this was more explicitly about the inspirational Kuenssberg herself than the dismal, “almost impossible situation” of Brexit.”
Sarah Carson, The i

“Kuenssberg is obviously very good at her job, clear-headed, hard-working and doesn’t strike you as being in a Westminster clique. She gave us a peep behind the Wizard of Oz curtain — and showed us that the powerful really do look quite small.”
Carol Midgley, The Times

“More of the real Alan was on display in the finale, his conflict with co-host Jennie and the “stomping around like Carol Thatcher” jibe. The way the writers let us know moments later, when Jennie plays a recording, that Alan had already made another unflattering Carol Thatcher comparison is a stroke of brilliance.”
Edward Tew, The Guardian

“Too many squirms and too few laughs meant this uneven series ended not on a bombshell but a damp squib.”
Michael Hogan, The Telegraph