The Countess and the Russian Billionaire; Save Me Too; Mister Winner

“If ever a title undersold its dynamite content this one did. It was extraordinary; a Jeremy Kyle Show for the 1 per cent.”

The Countess and the Russian Billionaire, BBC2 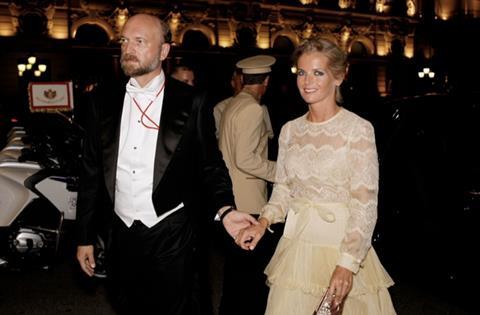 “A fabulously compelling, soapy drama requiring of the viewer only that he or she settle yet more firmly down on the sofa and prepare to cry: “WTF!” at increasing volume and ever shorter intervals. A beautifully made piece of television and a superb demonstration of the basic truth of Ernest Hemingway’s response to F Scott Fitzgerald’s claim that “the rich are different from you and me”. “Yes,” Hemingway supposedly replied. “They’ve got more money.””
Lucy Mangan, The Guardian

“The documentary-makers say this film began as the tale of an oligarch standing up to Vladimir Putin – Pugachev was fighting back after having £1 billion of assets frozen during a legal battle with the Kremlin – but it was also a study of a relationship gone sour. And it was horribly compelling.”
Anita Singh, The Telegraph

“The Countess and the Russian Billionaire did not entice me with its title one tiny bit. But my, oh my. If ever a title undersold its dynamite content this one did. It was extraordinary; a Jeremy Kyle Show for the 1 per cent. Talk about washing your dirty Mulberry silk laundry in public. Mesmerising.”
Carol Midgley, The Times

“Pretty much everyone in The Countess and the Russian Billionaire was ghastly. But frightful people often make for excellent television, and so it proved again here. This was a sad story, not least because the children have not seen their father in years. But to be frank, it was hard to feel much sympathy for either of the leading players.”
Rupert Hawksley, The i

“The one weakness in Save Me Too, and its predecessor, is that the drama focuses so strongly on those destroyed by the fallout of the crime that it doesn’t give us quite enough on the crime itself. But the performances, and the atmosphere that James has created as star and writer, make up for the shortcomings.”
Anita Singh, The Telegraph

“Physical comedy tends to be exhausting to watch. Even the half-hour episodes of Mister Winner, which stars Spencer Jones as a Mr Bean-ish fool called Leslie, stretch goodwill and patience to breaking point. There are only so many pratfalls I can tolerate, particularly at 10pm on a week night. Still, it is all done exceptionally well.”
Rupert Hawksley, The i