The Cry; Doctor Who; Butterfly 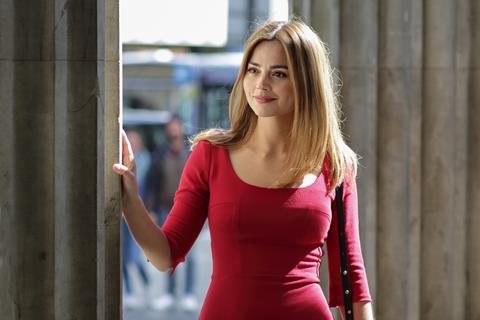 “It wasn’t a crash-bang-wallop of a finale. There were no Swat teams, no city-wide chases, no implausible buried weapons and escapes by rope. But it was all perfectly fine and decent. It tied up the loose ends as necessary and was essentially a pleasing end to an unpleasantly addictive tale.”
Rebecca Nicholson, The Guardian

“Longer should have been spent on the car scene because here was the key to the drama’s mystery. We got some of the series’ best dialogue here, yet it was over too quickly. Jenna Coleman, though, gave us a masterclass in controlled performance. I felt a little short-changed by the ending, but Coleman’s mighty performance helped to make the improbable plausible.”
Carol Midgley, The Times

“The Cry has allowed Coleman to show her full range, to haunting effect. It made a welcome antidote to the flash-bang thrills of Bodyguard which preceded it on Sunday nights – its psychological dramas just as compelling and a darn sight more plausible.”
Gabriel Tate, The Telegraph

“Powerhouse performances by the stars overcame our instinctive revulsion for two people who were prepared to lie to the world for months, rather than admit the truth their baby was dead.”
Christopher Stevens, Daily Mail

“Barring a couple of good gags about Elvis and Banksy, Chris Chibnall and Malorie Blackman’s episode felt overawed by the history it was depicting, short-changing some imaginative direction from Mark Tonderai and bearing a score weighed down by French horns straight from the gloopier end of The West Wing.”
Gabriel Tate, The Telegraph

“This tricky balance between tough watch and family fun is sold by a TARDIS team that are finally beginning to click as a unit, with each member proving as essential to the plot as the Doctor herself. What a fittingly moving and shocking ending that bus scene was; what a truly great episode of Doctor Who.”
Stephen Kelly, The i

“True, the school bullies and Alison Steadman as the panto-bigot northern nan were full-on central casting, suggesting that anyone not on-message is an ignoramus. But as a piece of drama I find it sensitive and moving. And a glimpse into a world of suffering that most of us, mercifully, will never know.”
Carol Midgley, The Times