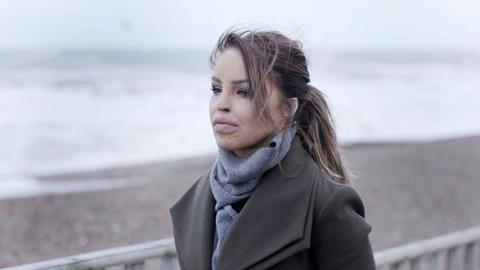 The Death of Aimee Spencer, ITV

“The Death of Aimee Spencer told the tragic, familiar tale of another young life lost to drugs. It also provided another example of how modern technology does half of the crime documentary’s heavy lifting. The result makes for voyeuristic, but, let’s face it, pretty compelling viewing.”
Carol Midgley, The Times

“There was a decent true crime documentary lurking inside The Death of Aimee Spencer but it couldn’t quite fight its way out of the gratuitous celebrity packaging. For some random reason, it was fronted by acid attack victim turned campaigner Katie Piper. Her sole input comprised nodding sympathetically in an interview, providing a clumsy expositional voice-over and walking towards the camera delivering hammy links.”
Michael Hogan, The Telegraph

“There was a moment in Australia with Julia Bradbury when it seemed our presenter might get a tattoo of a boomerang. This was the only point at which this first episode looked in danger of becoming interesting. A more cursory and featherweight tour of Sydney you are unlikely to see. It all felt weirdly flat, with a script that could have been taken from a £1.50 tourist pamphlet.”
Carol Midgley, The Times

“In Australia With Julia Bradbury, the eponymous presenter headed straight for Bondi Beach in Sydney. But she took the British weather with her, and sat on the sand in buckets of rain. That’s probably not what the sponsors were hoping for.”
Christopher Stevens, Daily Mail

“Artificial set-ups are the series’ biggest drawback. The matchmakers are trying too hard. When Kurtis and his mum slipped away to compare notes in the ladies’ loo, the moment was so obviously scripted that it undermined the whole episode. And when, later on, complete strangers Demi and Danny opened their hearts — her previous lover was a girl, his mother had repeatedly attempted suicide — it felt false and manipulative.”
Christopher Stevens, Daily Mail

“Amazon’s documentary is a welcome attempt to correct the media imbalance at the time. It gives domestic violence activists a voice, deconstructs the media, and sets the Bobbitt case against the wider cultural context. But while it covers a lot of cultural ground, ‘Lorena’ skims over it too fast and lightly. There are still a lot of dots to be joined and inferences left to be made by a viewer who must already be fairly informed about, and sympathetic to, the issues in order to do so.”
Lucy Mangan, The Guardian