“Shot and styled with flair, it is depraved nihilism made to look cool and it is up to you whether that makes the show objectionable or a dark thrill-ride” 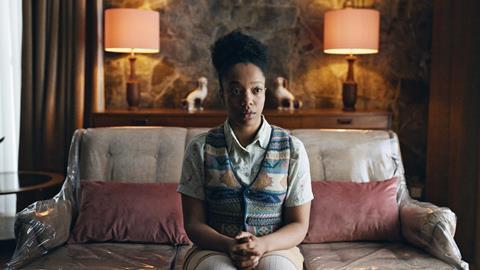 “There is no hanging around, waiting for the action to get going. It is gruesome and violent and scatalogical, but then it is funny and pointed and wry, and then it defers to a tender look, or an affectionate touch, and shows its heart. Lesser shows would give you whiplash, but the tone here is uniquely its own, and just perfectly, recognisably, The End of the F***ing World.”
Rebecca Nicholson, The Guardian

“Shot and styled with flair, it is depraved nihilism made to look cool and it is up to you whether that makes the show objectionable or a dark thrill-ride. Either way, it is exactly why the kids will love it.”
James Jackson, The Times

“Writer Charlie Covell and director Lucy Forbes conjured up a distinctive fictional world, combining retro flourishes with a sense of millennial angst and the stylised storytelling of a graphic novel. The result was bleak but dry, wry and hopelessly romantic, like Badlands relocated to Seventies suburbia.”
Michael Hogan, The Telegraph

A British Guide to the End of the World, BBC4

“Haunting barely covers it. It is incredible just how resigned we were to imminent Armageddon. Most distressing was the account of a Christmas Island veteran who, years later, witnessed his poor 11-year-old daughter develop a hunchback and terminal cancer. It said everything about the sheer folly of the era of war games and, rightly, the film ended there.”
James Jackson, The Times

“The documentary was harrowing, yet stylishly made. Unafraid of silence – a rare quality on TV nowadays – director Dan Vernon let the hitherto classified footage do the talking. Split-screen images and a discordant soundtrack conveyed the era’s unsettling chaos. A powerful film which was devastating in every sense.”
Michael Hogan, The Telegraph

“The central idea – smuggling British people back into Britain – was flawed to say the least and left the programme devoid of the threat and motivation that makes real illegal immigrants risk everything to get into Britain. Overall, there was just enough jeopardy in Smuggled to make for interesting, but hardly compelling, television.”
Gerard O’Donovan, The Telegraph

“Channel 4 has made some incredible programmes, but Smuggled was a masterclass in how to create TV that is both in bad taste and staggeringly boring. Smuggled was a trite, simplistic look at a problem which deserved more nuance and respect. If Channel 4 has any sense, they’ll leave part two off the schedules.”
Kasia Delgado, The i

“This two-part series completely fails to convey how deadly a business it is. Shutting a well-meaning, middle-aged woman in the WC of a campervan is no way to address the issue.”
Christopher Stevens, Daily Mail