The Final Mission; When They See Us; Good Omens; Riviera 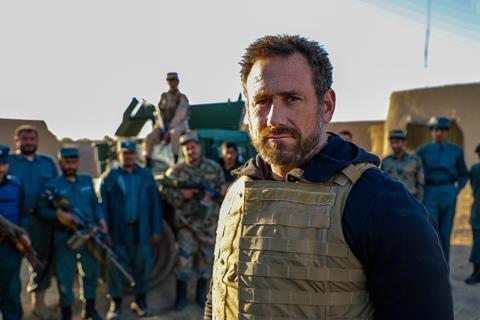 “Warily returning to Afghanistan, Fox didn’t try to dig into the soul of the people like Ben Zand, whose BBC documentary aired last autumn, had done. His interview technique was a weakness and he got short, evasive answers to wandering questions. But the former soldier did take a camera into situations that spoke more clearly than any words.”
Helen Brown, The Telegraph

“His journey back to Helmand was part reunion with old colleagues, part therapy. It was interwoven with real, raw footage, including that of a suicide bomber driving into a military compound. I would have liked to have seen more exploration of Fox’s PTSD, given that this was half the point of the film.”
Carol Midgley, The Times

“Foxy blagged the channel into flying him to Helmand Province where he had spent three years on combat tours. Then he called every old pal in the country. A chum high up in the Afghan security forces took Foxy out on night patrol. This looked good on green night-vision video, but the cameraman didn’t seem to be enjoying himself.”
Christopher Stevens, Daily Mail

When They See Us, Netflix

“In an age of fast-paced, plot-twisting crime TV, the awful momentum of this series felt agonisingly slow and predictable at times: like a perfectly aimed bowling ball travelling in slow motion.”
Helen Brown, The Telegraph

“Neither kit nor caboodle has been spared in the construction of this entertainment. It doesn’t quite work, because it doesn’t quite disguise the fact that beneath the razzle-dazzle, every character apart from the main two is tissue-paper thin.”
Lucy Mangan, The Guardian

“It’s daft escapist stuff, which does nobody any harm, but I’ve seen more psychological complexity in Balamory.”
Carol Midgley, The Times