“It made for an odd mix, culture-clash scenarios alternating with what often seemed like lessons in basic human good manners” 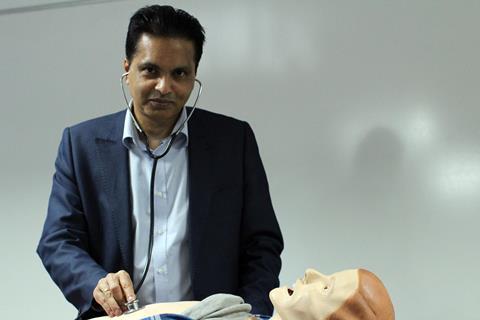 The Foreign Doctors Are Coming, Channel 4

“People taking important professional exams often make for surprisingly moving observational documentaries – Channel 4 had one last year about cabbies doing The Knowledge that was as gripping as an Olympic final – but this ends up more bleak than exciting.”
Jack Seale, The Guardian

“It was about doctoring here, where expectations are high and respect is often low. It made for an odd mix, culture-clash scenarios alternating with what often seemed like lessons in basic human good manners.”
Matt Baylis, Daily Express

“Ms Bradbury, I had thought, was just a rambler, by which don’t especially mean her style of commentary, but her telly speciality subject, that being walks in the countryside, hikes around hills, that sort of thing. I hadn’t realised that she was so versatile that she can do a property show too. Well done, Julia.”
Sean O’Grady, The Independent

“A property abroad can be a whacking great liability. There’s the upkeep, the local taxes, not to mention the hassle of letting it out. But how marvellous to know there’s a place waiting for you, any time you can get away, where the vino is cheap. The £10K Holiday Home makes it look so easy that, after half an hour, I was left worrying about the hidden catches.”
Christopher Stevens, Daily Mail

“To the Romans, Jupiter was king of the gods. And the narrator Toby Jones couldn’t have found more epic timbres from his voiceover booth if he tried. More impressive than size, however, is beauty and this Horizon was also often full of that.”
James Jackson, The Times

“At one point, after a long buildup in the laser labs of the National Ignition Facility in California, there was a sharp click. Some 160 laser beams had been fired at a microgram of hydrogen. The results were then shown as a graph on a laptop, demonstrating how hydrogen turns into metal at high pressures. “This metal isn’t solid…” rumbled Toby, before a pause. “It’s a liquid.” Only a drum roll would have made it seem less ridiculous and we learnt another rule of TV science: if something can only be shown on a graph, it’s not worth showing at all.”
Matt Baylis, Daily Express

“If this drama was a haircut, you’d look in the mirror, gasp in horror and ask the salon for a full refund. Age Before Beauty feels as fake as its caterpillar eyelashes and teak tans. A writer of Horsfield’s calibre could - and should – do better.”
Michael Hogan, Daily Telegraph

Like another humdrum drama, Keeping Faith, this show would be much shorter without the musical interludes. For sheer silliness, though, it’s in a league of its own.
Christopher Stevens, Daily Mail

“There isn’t another show that so willingly risks your devotion, only to win it unconditionally.”
James Jackson, The Times