The Great British Bake Off; Hair Power; The Perfect Weapon; Escape To The Farm

“The mood in the marquee was less Super Mario, more Seven Samurai” 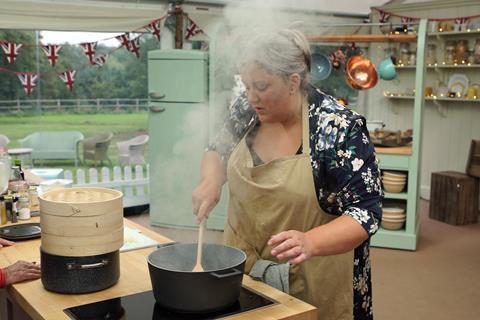 “If you cast your minds back to 2017, Bake Off was subject to intense scrutiny when it migrated from the BBC to Channel 4, controversially introducing Noel Fielding into the mix. The indie darling and surreal everyman had to endure tabloid newspapers questioning his suitability for the role when he was announced as host. This centennial episode proved that he was, and has remains, the perfect choice.”
Henry Bird, The i

“The showstoppers were supposed to look cutesy and saccharine, like Japanese cartoons or video games. But the mood in the marquee was less Super Mario, more Seven Samurai.”
Christopher Stevens, Daily Mail

Hair Power: Me and My Afro, Channel 4

“A pacy, often moving documentary, which ultimately argued that if black hair is a site of oppression, it can also be one of resistance.”
Gwendolyn Smith, The i

“Last night featured arguably the best ever TV documentary about hair. Although there have not been many documentaries about hair. In Hair Power: Me and My Afro we heard how afros are are finally being worn with pride again and it was instructive just what a breadth of issues — personal and societal, fraught ones and empowering ones — were raised by the interviewees simply talking about their afro-textured tresses.”
James Jackson, The Times

“This was one of those timely documentaries to send you to bed utterly dispirited about society’s chances. The world is at war, not with guns, mind, but with bots, malware and misinformation everywhere.”
James Jackson, The Times

Escape To The Farm With Kate Humble, Channel 5

“The cattle on Kate Humble’s little Welsh idyll weren’t impressed with her cheery chatter either. Usually placid, the cows were ready to calf and in no mood to play with jolly TV presenters. Kate slung an arm over one heavily pregnant animal’s neck and started talking about the importance of breeding these Hereford-Friesian crosses for their beef. The cow took umbrage, either at being treated as half a ton of burgers on the hoof or at the lack of consideration for her condition. She barged into Kate, stomped on her foot and waddled off.”
Christopher Stevens, Daily Mail