The Inventor; Expenses; This Time with Alan Partridge

“It was stylish and gave a decent enough overview on the company’s shady practices, but didn’t dig deep enough into the darkness.” 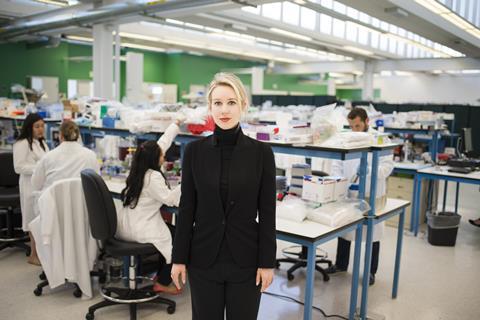 The Inventor: Out for Blood in Silicon Valley, Sky Atlantic

“If anything was lacking in Alex Gibney’s otherwise engrossing film, it was more analysis of why. What was the fault line in Holmes’s personality that enabled her to plough on with messianic zeal when, behind closed doors, Rome was burning?”
Carol Midgley, The Times

“Gibney sat back and let this incredible story hurtle downhill, an avalanche of deceit, gullibility and breathtaking chutzpah. Silicon Valley has long felt in dire need of having its ethical compass upgraded. The Inventor was a devastating warning of where these unchecked messianic tendencies lead and the lives they can destroy along the way.”
Ed Power, The Telegraph

“It was stylish and gave a decent enough overview on the company’s shady practices for those of us for whom the story is unfamiliar, but didn’t dig deep enough into the darkness. That one charismatic young woman can so deceive the upper echelons of society, and some of the sharpest scientific, technological minds on earth, is terrifying. This film could and should have frightened more.”
Sarah Carson, The i

“This was a documentary of two halves. The first a gripping and thorough chronicling of how the state secret of MPs expenses found its way into the public domain. The second descended into a soggy plea for renewal of trust in democracy.”
Ed Power, The Telegraph

“This Time with Alan Partridge has not been perfect, but it has delivered more than enough flashes of brilliance to make it a risk worth taking.”
Carol Midgley, The Times

“This was in danger of being the least successful episode of the series so far until it snatched comedic victory from the jaws of defeat with some late masterstrokes.”
Michael Hogan, The Telegraph