“The whole production is stylish, the dialogue is good and I’m glad they haven’t polished things too much, retaining its retro, grainy charm” 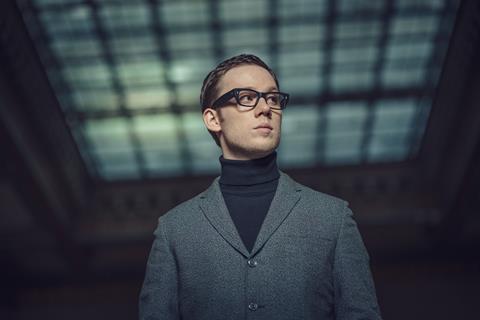 “For the most part, The Ipcress File is vibrant and deliciously retro. Old-school typography and a cracking title sequence bring the Sixties nostalgia from the off, while the action sequences feature more Dutch angles than the comment pages of De Telegraaf. In a way, it’s a pastiche of a pastiche, but it’s done so lovingly that it’s hard not to roll with it.”
Nick Hilton, The Independent

“Joe Cole is a Harry Palmer for our times. Imagine Stephen Merchant was a foot shorter and appropriated Damian Lewis’s pout. Imagine too that he is as taciturn as Alan Ritchson playing Jack Reacher. It’s not a showy performance, but all the better for that to punch up his rare bon mots.”
Stuart Jeffries, The Guardian

“Given the hard act he had to follow, I think Cole, a good actor, did a restrained, nuanced job, letting the hint of a smile play about his lips even when he was being coolly poker-faced, and he delivered his lines drily. The whole production is stylish, the dialogue is good and I’m glad they haven’t polished things too much, retaining its retro, grainy charm.”
Carol Midgley, The Times

“It’s wonderful, but it stitches Cole up somewhat. In his Caine-esque black-rimmed specs, Cole has tried to wrestle his voice into something laconic and inscrutable, with a hint of chippy mischief, but ends up sounding like Keith from The Office. You half expect him to bite into a scotch egg. The rest is terrific though, Sixties London rendered in a mustard haze and Berlin cloaked in a seedy, neon-tinged fog. In Dalby’s secret offices, the staff suck on tar-filled cigarettes while hammering at their typewriters; the assured direction and confident style lends every grotty, peeling backroom an undeniable sense of cool.”
Chris Bennion, The Telegraph

“The show looked sensational, with impressive period detail, a saturated colour palette and stylised direction – tilted camera angles and rear-view mirror reflections – that paid homage to the genre without feeling like pastiche. That said, the timing of the show is a tricky obstacle. In many ways, a spy drama centred around the Soviet nuclear threat couldn’t be more relevant, but this story relies heavily on thrills, glamour and dry wit to balance the tension. At another time, this would be escapist fun. But given current events, it’s a little hard to stomach.”
Rachel Sigee, The i

“An instalment that brimmed with a familiar swagger yet which had an uncharacteristic heaviness in its bones, too. That stumbling quality suggested Peaky Blinders has lost its moorings slightly with the tragic passing of Helen McCrory. Aunt Polly brought a mischievous verve to a show that habitually teeters on self-parody; her scintillating energy is badly missed.”
Ed Power, The Telegraph

“Peaky Blinders is a resounding victory for style over substance. As long as the mist swirls, the distorted guitars clang, the fists fly and the characters continue to speak in spine-chilling riddles, we’ll be hooked.”
Christopher Stevens, Daily Mail