The Killing of PC Harper; Rock Till We Drop; Bad Vegan; Fame In The Family

“If you wanted an exploration of the issues around Harper’s Law or the idea of legislation-change being impelled by such raw emotion, you will have been left a bit frustrated” 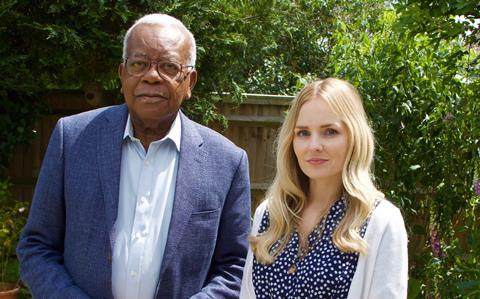 The Killing of PC Harper: A Widow’s Fight for Justice, ITV

“No one who hears an account of a shocking bereavement such as Lissie’s can remain unmoved or uncompassionate. One day, documentary producers will realise that this makes any attempt to convey horror elsewhere in the programme look crass and sensationalist. The top of this documentary is full of cliches delivered as if they were the sermon on the mount.”
Lucy Mangan, The Guardian

“Being presented by Trevor McDonald, The Killing of PC Harper: A Widow’s Fight for Justice was as sincere and emotive as you would expect, as it first recalled the death of the courageous PC Andrew Harper, then detailed his equally brave widow’s campaign to change the law. What to make of Harper’s Law, though? The programme had enough balance to acknowledge that it has its critics. But if you wanted an exploration of the issues around Harper’s Law or the idea of legislation-change being impelled by such raw emotion, you will have been left a bit frustrated.”
James Jackson, The Times

“As a documentary, The Killing of PC Harper existed in uncomfortable territory: step back from the case itself and you were watching a widow trying to find meaning, a reason to go on, amid a pointless crime and inconsolable grief. It’s a lonely walk and, at times, the viewer couldn’t help but feel like we were intruding. But Lissie Harper, it became clear, wanted this kind of documentary made, wanted headlines and attention, because without them nothing would have changed.”
Benji Wilson, The Telegraph

“The documentary was divided between the investigation and Lissie’s campaign, which has resulted in the law being included in the new Police, Crime, Sentencing and Courts Bill. Public opinion, with people sickened by images of the smirking killers, has been, like this documentary, right behind Lissie’s efforts, though it would have been interesting to hear from critics who argue that automatic sentences are too rigid.”
Gerard Gilbert, The i

Rock Till We Drop, BBC2

“Rock Till We Drop could have been patronising or even cruel. In the event, it’s turned into one of the feel-good TV shows of the year. I can’t wait until next week to see the bands perform in front of 20,000 festival-goers.”
Gerard Gilbert, The i

“It’s a shame the Beeb couldn’t spend just a little more money, because the best segments of the series so far came when a couple of genuine stars dropped by to offer advice. Justin Hawkins of The Darkness gave lead singer Bet a lesson in stagecraft. He demonstrated rock poses and tricks of the trade with cheerful frankness.”
Christopher Stevens, Daily Mail

“As is often the case with such series, Bad Vegan isn’t just formulaic but overlong. Across four episodes, the story is stretched thinner than a strand of courgetti. A skilled editor with sharp scissors could have livened up the pace, reduced repetition and snipped an hour off the runtime. Bad Vegan, however, is a voyeuristically compelling story that’s ultimately more sad than scandalous. It left me feeling queasy and guilty, like I’d eaten an entire Domino’s pizza with a side order of chicken wings.”
Michael Hogan, The Telegraph

Fame In The Family, C4

“Fame In The Family fills a slot in the schedule for the price of five plates of steak and chips. Apart from that, it’s hard to see the point of the series. No one has time to get to know each other or even tell anecdotes in any depth. The conversation never gets beyond small talk, and there is none of the intrigue or surprises we expect from more serious family history shows such as Who Do You Think You Are? on BBC1.”
Christopher Stevens, Daily Mail