“It is as gripping, fun and stylish as the acclaimed Giri/Haji, without quite its narrative innovation” 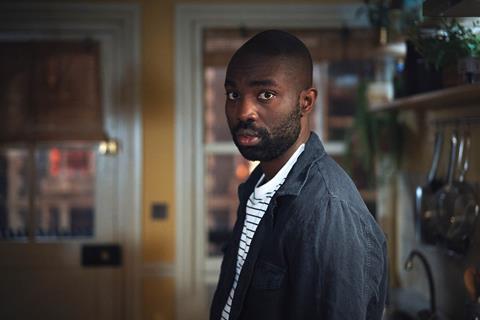 “It is as gripping, fun and stylish as the acclaimed Giri/Haji, without quite its narrative innovation. But it is stuffed with good performances, knotty problems and is compelling enough to keep even those of us who, much as we may wish otherwise, don’t quite understand what’s going on coming back for more.”
Lucy Mangan, The Guardian

“The Lazarus Project transitioned from domestic drama to weird time-travel sci-fi flick to full stunt Mad Max car chase in less than an hour. There was a lot going on here, with western and rom-com the only genres missing, but give it time. I’m not a huge fan of time travel stories (it’s probably because I’m too dim to get it), but there is something enticingly prescient about a plot in which a group of people continually reset time to undo ‘mass extinction events’ that have ended the world, such as, erm, a nuclear war between Russia and America. The words ‘close to’ and ‘the bone’ leap to mind.”
Carol Midgley, The Times

“Like all time-travel stories, it’s best not to think about any of this too hard. It’s best, in fact, to concentrate on the excellent performance from Paapa Essiedu, who brings out the comedy where he can but also the drama. The show attempts to play around with the thriller tropes, but their presence just leaves you with a sense of déjà vu. A Bond-style control room where a formidable female boss (Caroline Quentin) stares up at a bank of screens? Kristin Scott Thomas did that in Slow Horses. A car chase (admittedly a good one), TVs in the background of bars showing news reports of a killer virus, a stolen nuclear warhead, sinister foreign powers − it all feels wearily familiar.”
Anita Singh, The Telegraph

“The Lazarus Project takes the concept that was explored so movingly in BBC2’s Life After Life, and turns it into a hackneyed sci-fi thriller. There’s a romantic sub-plot, too, though it’s not half as clever as The Time Traveler’s Wife on Sky Atlantic … and less sharp and shocking than Russian Doll on Netflix. Like a sub-standard episode of Doctor Who, half the show consists of characters staring urgently at computer screens or standing next to unspecified lumps of futuristic machinery, frantically explaining the plot to each other. The twists are so blatant and unsurprising that The Lazarus Project is almost like watching a repeat — the worst kind of time travel.”
Christopher Stevens, Daily Mail

“Though a little under-explained and occasionally simplistic, The Lazarus Project has a bright concept behind it with satisfying bursts of action (think shootouts and international car chases). Essiedu is sweet enough as the upbeat, everyman hero, but time will tell if the show allows him to reach the same heights as he did in the superb I May Destroy You. With the likes of Russian Doll, The Umbrella Academy and even Doctor Who already being prominent time travel pieces in the cultural conversation, sceptics might say we’ve seen all we need to of this theme. But hey, it’s timely. And there are some gruesome surprises along the way.”
Nicole Vassell, The Independent