The Little Drummer Girl; Butterfly; Inside No 9 Live

“It’s all brilliantly, beautifully done and the dialogue sounds as good as everything else looks” 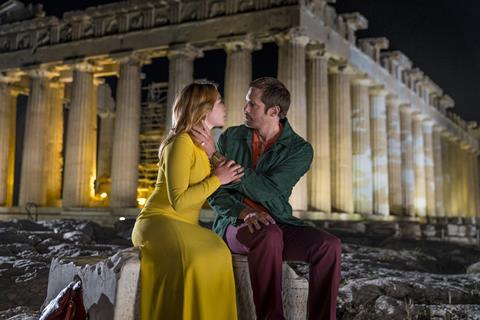 “It’s all brilliantly, beautifully done and the dialogue sounds as good as everything else looks. By the end of the hour you’re more firmly recruited than Charlie is. I’m along for the six-week ride.”
Lucy Mangan, The Guardian

“I was gripped by the first five minutes of The Little Drummer Girl and I was gripped by the last five. It’s just a shame that some of the 49 minutes in between didn’t half drag. Having said all that, however, this has the feel of a drama that will end up being addictive.”
Carol Midgley, The Times

“What The Little Drummer Girl did exceptionally well was atmosphere – the stresses and tensions of surveillance and conspiracy. No one who knows the book could fail to admire the economy with which adapter Michael Lesslie filleted down le Carré’s lengthy and largely internalised set-up into an hour of disorientating, tantalising drama.”
Gerard O’Donovan, The Telegraph

“The Night Manager seduced us with its super-rich crooks and the intoxicating sense of secrecy. The Little Drummer Girl offers none of that. There’s a sense of anti-climax about this, but once we’ve accepted this drama is offering grit, not glamour, the story draws us in.”
Christopher Stevens, Daily Mail

“It feels like an analogue vinyl LP reissued in the online streaming age. It will be a treat for Le Carré connoisseurs, of course. But when drama elsewhere, from Homeland to Informer, is tackling the world around us this feels too much of a period piece.”
Jeff Robson, The i

“Whatever your feelings on the issue there’s no denying it’s been a quality piece of work. And Tony Marchant’s script and all the performances rose to the occasion for the finale. The BBC may be winning the ratings battle on the Sunday drama front so far, but in terms of quality it’s neck and neck.”
Jeff Robson, The i

“Once again, the chief virtue of Marchant’s drama was its lack of worthiness and capacity for capturing the feelings of everyone involved. Ultimately, this was a remarkably well-balanced treatment of one of the hottest hot-button issues of our time.”
Gerard O’Donovan, The Telegraph

“This episode marked the 25th story from the Inside No.9 team and was one of the most ingenious chapters yet. High-risk and deliberately confusing, fiendishly clever yet deceptively simple, immersive and interactive, even utilising social media to manipulate the audience.”
Michael Hogan, The Telegraph