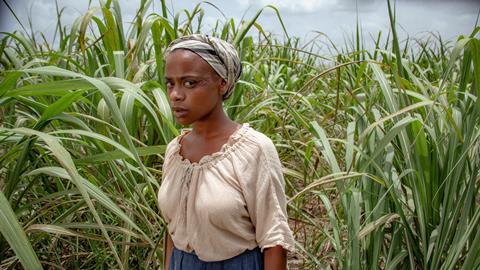 The Long Song, Grizzly Bear Cubs and Me, The Undiscovered . . . Peter Sellers

“A beautiful, moving, horrifying adaptation of her unsimple tale, that honours the source and its subject”

“The first episode featured the full house of horrors: rapes, whippings, shootings, hangings. The slaves, including Lenny Henry’s cook, wore a latticework of whip-scars about their faces. In an early scene the main protagonist was heartbreakingly confiscated from her mother like an insensate chattel. And yet this is at least in part a rambunctious comedy. Confusing, no?”
Jasper Rees, The Telegraph

“I hope it’s not too flippant to describe The Long Song as being like Downton Abbey, but with added sadism and crimes against humanity. To my mind, that makes it rather better than the frankly vacuous and anodyne Downton. In all seriousness, though, The Long Song is incredibly moving.”
Sean O’Grady, The Independent

“The sight of Caroline cowering in the back of a cart, trying to escape a slave uprising, felt poignant. That [Hayley] Atwell was able to do this borders on sorcery.”
Christopher Stevens, Daily Mail

“What can a period slavery drama tells us that we don’t already know? Quite a bit, as The Long Song is showing.”
James Jackson, The Times

“A beautiful, moving, horrifying adaptation of her unsimple tale, that honours the source and its subject.”
Lucy Mangan, The Guardian

Grizzly Bear Cubs and Me, BBC2

“The opening episode was crammed with pictures of furry, growly babies being adorable: falling over their paws, guzzling milk, exploring and nuzzling. But Gordon hasn’t forgotten his grounding with Sir David Attenborough’s teams, and he paid close attention to filming infant bear behaviours that have never been seen close up on British TV before.”
Christopher Stevens, Daily Mail

“The snowy expanse of Russia, not often seen on British television, was attractively filmed. If only the Kremlin’s top dogs could be as cuddly as the country’s national symbol.”
Jasper Rees, The Telegraph

“Who knows what Victor Lewis-Smith does to charm the wives of iconic comedians, but whatever it is, it works.”
James Jackson, The Times