“A well-made, glossy, brilliantly acted drama which only just scrapes the surface of saying anything meaningful” 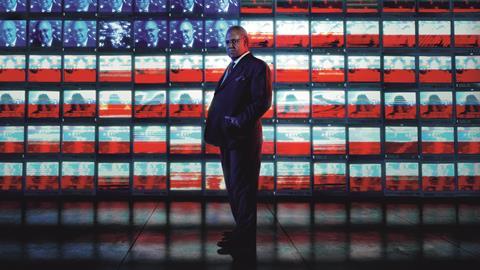 “The problem with The Loudest Voice, is that it hasn’t decided which Roger Ailes story to tell, resulting in a well-made, glossy, brilliantly acted drama which only just scrapes the surface of saying anything meaningful. The Loudest Voice shows what happens when you don’t refine a story – you end up with a borderline brown-nosing biopic.”
Emily Baker, The i

“In meeting after meeting, Ailes roasted and cajoled his underlings until they were all yodelling and air-punching. These samey set-tos came along a little too often for the good of the drama. It felt, funnily enough, like being bullied into submission.”
Jasper Rees, The Telegraph

“From the prosthetics used to turn Russell Crowe into the fat, balding Roger Ailes and Sienna Miller into a facsimile of his wife, Beth, to the script, it’s not good enough. There is so much gone to waste here.”
Lucy Mangan, The Guardian

“At his warmest and best, Connolly had encounters with children reviving the native language Wampanoag, a scientist who collects whale snot, a cohort of drag queens known as the Sisters of Perpetual Indulgence, and a kooky octogenarian witch in Salem. This, finally, was Connolly at his most sincere, compassionate and (it would seem) well-informed.”
Jasper Rees, The Telegraph

“If you watched Billy Connolly’s Great American Trail hoping for belly laughs, you were to be disappointed. Connolly is understandably frailer and more subdued these days, so this was a gentle ramble through the migratory trail of the Scots in America. However, in double denim, Connolly still brims with humanity and empathy, drawing out small details from his interviewees and imagining the plight of immigrants who landed in America after a gruelling journey by sea to be processed on Ellis Island.”
Carol Midgley, The Times

“It’s never quite clear whether the programme is ambitious, or simply unfocused. But America – even squeezed through so narrow a lens as the Scottish migration trail – is too branchingly diverse to ever properly explore in just three hours. In its loose, scattershot explorations of culture and heritage, Billy Connolly’s Great American Trail communicates this well.”
Louis Chilton, The i

“The obvious question regarding Lost Films of World War 2 is — why was it tucked away on BBC4? It should have been on BBC1, this extraordinary portal to the past, a lovely bit of time travel that put us right there in that doctor’s garden in Kent as German bombers whined and snaked overhead. I could have easily watched another hour because they casually threw up amazing stories.”
Carol Midgley, The Times