“It combined meticulous, often jaw-dropping evidence about his novichok-poisoned underpants with a lively sense of humour, echoing its protagonist’s jocular irreverence” 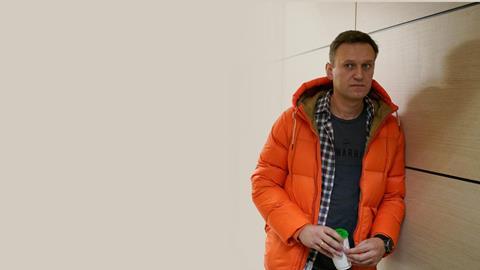 “Not many documentaries command your rapt attention for 90 minutes, but The Man Putin Couldn’t Kill, which was about Alexei Navalny, the man with the biggest cojones in Russia, was unexpectedly entertaining. It combined meticulous, often jaw-dropping evidence about his novichok-poisoned underpants with a lively sense of humour, echoing its protagonist’s jocular irreverence.”
Carol Midgley, The Times

“It was all pretty entertaining, which is an odd approach but in keeping with the man who hasn’t been killed (yet). I guess if you’re Navalny, you have to laugh because what’s the alternative? The list of Putin critics who have met unpleasant ends is long. The Kremlin says this is an unhappy coincidence (and claimed that Navalny’s collapse was due to low blood sugar).”
Anita Singh, Telegraph

“Best of all was the footage of Navalny, shortly after he came out of intensive care in Germany, ringing up one of the FSB agents he believed had tried to kill him. Posing as one of Putin’s staff disappointed that the mission had not succeeded, he tricked his would-be killer into explaining what went wrong.”
Stuart Jeffries, The Guardian

“A Navalny supporter predicted that he would become president of Russia and restore democracy. He is currently in a prison camp, where his health is failing. I don’t entirely share her optimism.”
Roland White, Daily Mail

“The Man Putin Couldn’t Kill was surprisingly playful with its dark, murderous subject matter.”
Barbara Speed, The i

“There is nothing intrinsically wrong with a television programme looking into a criminal case. But this one couldn’t help laying it on thick with the dramatic music, and the team standing in a darkened room with pictures of the victims pinned up on the wall behind them. The search for the farm where Fred West claimed to have buried 12 victims was pretty sensationalist, filmed in the style of Line of Duty: a car convoy, clues being noted along the way, Sutton and Sir Trevor communicating via walkie-talkies.”
Anita Singh, Telegraph

“It was a laudable effort by ITV to reopen the investigation into Fred and Rose West’s foul murders, but did it have to do it quite so melodramatically? The motive here was sound, but the tone questionable and redolent of Channel 4’s In the Footsteps of Killers, in which Emilia Fox and Professor David Wilson posture vaingloriously more than they sleuth. Fred and Rose West: Reopened wasn’t that gauche, but the use of thriller music and the “next time” montage, as if this were a daytime potboiler and not an investigation into the possible killings of 20-plus young women, was jarring. And unnecessary.”
Carol Midgley, The Times

“Everything about the Wests is seedy and stomach-churning, but the programme’s team of investigators was led by Sir Trevor McDonald, who provided some much-needed dignity, sympathy and gravitas.”
Roland White, Daily Mail

“Of course, discovering whether there were more murders is in the public interest, yet the team could have done more to show us why it was important: without knowing who most of these supposed victims could be, you had some sympathy for police, who were resistant to further investigations unless they had clear evidence to back them up. The real unsolved mystery of the Wests is how such terrible crimes were able to take place. This documentary brought us no closer to the answer.”
Barbara Speed, The i