The Man With a Penis on His Arm; Jay Blades: No Place Like Home; Life After Life

“This was a smart, affecting study of masculinity” 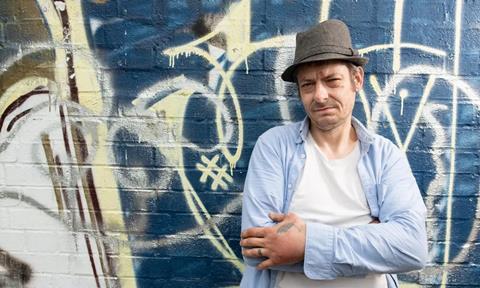 The Man With a Penis on His Arm, Channel 4

“Within minutes of the start of The Man With a Penis on His Arm, there was a man with what was undoubtedly a penis dangling from his forearm. He made jokes about cuddling his gran and it hitting her in the eye. But once that bit of theatre was out of the way then this was a smart, affecting study of masculinity.”
Benji Wilson, The Telegraph

“There is no getting away from the fact that any documentary entitled The Man With a Penis on His Arm is going to invite moments of levity. Still, it is the deep sadness of Malcolm’s tale – and the six years of waiting for his arm-penis to be relocated is only one part of it – that dominates.”
Lucy Mangan, The Guardian

“As host of The Repair Shop, Jay Blades has turned the sleepy world of furniture and heirloom restoration into heartwarming TV. In Jay Blades: No Place Like Home he was on a very different journey down memory lane, but the results were equally fuzzy and soothing. Celebrities have been tracing their roots since the dawn of television. But No Place Like Home was worth watching for Blades’s infectious enthusiasm for history. Whether reminiscing about his childhood or voicing concern over soaring house prices, he was never less than agreeable company.”
Ed Power, The i

“Jay has a knack for catchy, original TV concepts that don’t cost a packet. No Place Like Home doesn’t require months of research through ancient documents. It relies on the universal fact that children rarely know much about the heritage of their local streets. Jay was amazed to realise that the places where he played as a boy were the scene of air-raids, riots and gangland funerals. Similar stories could be told by celebs revisiting their childhood homes across the United Kingdom. The idea can be repeated endlessly, and be interesting every time.”
Christopher Stevens, Daily Mail

“He is a compelling enough TV presence to carry scenes of him discovering, for example, that zeppelins dropped bombs on London during the First World War, or that people connected with the slave trade lived in Hackney. Other moments, though, could have been executed with more thought and care.”
Ben Dowell, The Times

“You may have already gobbled up this exquisite adaptation of Kate Atkinson’s 2013 book on BBC iPlayer, but those preferring a sedate week-by-week visit were treated to some brief moments of triumph. The beauty of this story is its resolute refusal to give answers, with each one of Ursula’s lives ending with the falling of snow before another begins. It is a perfect image, cold yet beautiful, in keeping with this adaptation’s striking sensuality (alongside much else).”
Ben Dowell, The Times