“It manages to pull off the punchline of being both a loving historical homage while still being freshly engaging, and most importantly, effortlessly funny.” 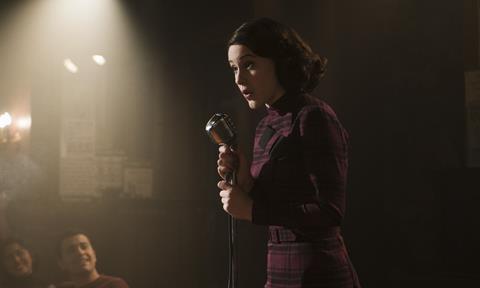 “It manages to pull off the punchline of being both a loving historical homage while still being freshly engaging, and most importantly, effortlessly funny.”
Bernadette McNulty, The i

“It’s sumptuous, clever and life-affirming and, though silly at times, a cheery antidote to winter.”
Carol Midgley, The Times

“Working out its act at 100 miles per hour, The Marvelous Mrs Maisel is uneven – but it still retains that charm that draws so many to writer Amy Sherman-Palladino’s work.”
Laura Snapes, The Telegraph

“Apparently, the only people not watching I’m a Celebrity on the other side are grumpy old blokes, so this is when Channel 4 put out their grumpy old bloke’s television. Making me a grumpy old bloke, because I think it’s brilliant.”
Sam Wollaston, The Guardian

“No offence, but normally I wouldn’t in a million years watch a TV programme called The Channel: The World’s Busiest Waterway. But I review TV for a living so I did watch it and I learnt a lesson: never judge a show by its dull title. Because it wasn’t just about the 600 ships jostling for space in the English Channel daily, it was also about human eccentricity and skill.”
Carol Midgley, The Times

Wallis: the Queen That Never Was, Channel 5

“This felt like a melodramatic afternoon biopic plonked into prime time, and nowhere near in the same league as Netflix’s sumptuous series The Crown. It was more reminiscent of Channel 4 parody The Windsors.”
Michael Hogan, The Telegraph

“Wallis: The Queen That Never Was wasn’t so much sympathetic as adulatory. Historians clamoured to tell us how misunderstood this poor woman was, how cruelly abused by the Press, how innocent and guileless. This two-hour special painted her as a saint. It looked splendid, but you couldn’t believe a word of it.”
Christopher Stevens, Daily Mail

“This series has a rather featherlight format, falling midway between cookery show and popular history. However, Berry carries it off with her engaging enthusiasm and charm.”
Michael Hogan, The Telegraph