“To call it ‘mad’ is like calling Caligula ‘a bit nudey’. It is batshit crazy” 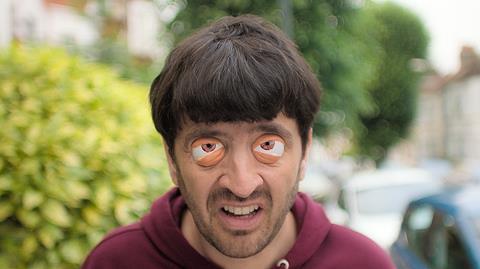 The Mind of Herbert Clunkerdunk, BBC2

“To call it ‘mad’ is like calling Caligula ‘a bit nudey’. It is batshit crazy. It’s CBBC in a padded cell. It is Vic and Bob after four tabs of acid on a pub crawl with Mr Bean. Many people, I’m sure, will hate it. The first five minutes left me cold, but then I also laughed, several times. So, a mixed bag which, to be honest, isn’t really my personal bag. But it was what I believe arty critics call ‘brave’.”
Carol Midgely, The Times

“With so much inspired lunacy to cram in to each ten-minute episode, it is a shame the main joke of the first show was about stepping in dog muck. Anyone can do low, cheap gags — Spencer has a chance to prove that his humour is unique, and he needs to show more confidence.”
Christopher Stevens, Daily Mail

“Gone Fishing’s roots in real life seem to frighten some at New Broadcasting House, who cannot imagine that TV can exist without conforming to a format. As a result, some formulaic features creep in. And there is always a fuss made about the eccentricities of their accommodation, when really we would be perfectly happy to watch them talking nonsense and bothering trout for hours on end.”
Christopher Stevens, Daily Mail

“It was surprisingly stilted for a biography of a major Broadway star but it came along at just the right moment. Anyone enthralled, as I was, by BBC Two’s multi-Emmy-nominated new series Fosse/Verdon on Friday night would want to know more about this extraordinary woman. What came across most was Verdon’s extraordinary determination, her good humour and generosity, and a sadness that someone whose star once shone very brightly could be so easily eclipsed, until now.”
Gerard O’Donavan, The Telegraph