The Miracle; Inside the Factory; Shakespeare & Hathaway; Dispatches 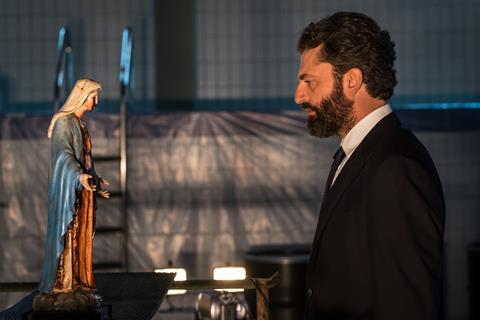 “Here’s a drama that is so hushed, solemn and weird that it’s almost flirting with being deadpan satire. Moving as slow as a Mass, this opening double bill of the novelist Niccolo Ammaniti’s drama lulled you into its strange, dislocated world. It could be the most distinctive two hours of television I’ve seen this year.”
James Jackson, The Times

“A powerful blast of déjà vu overcame me while sitting for an hour in the company of Gregg Wallace, looking like a maniac, at a Birds Eye frozen food factory where potato waffles are manufactured. In fairness, Wallace’s barrow-boy shtick is still the USP of an amiable show that harmlessly teaches us a few things about our everyday food.”
James Jackson, The Times

“Some of the zooms and jump-cuts on Inside The Factory might be a bit annoying, but that’s all right because this show is fronted by Gregg Wallace, a man beside whom all other irritations melt into insignificance.”
Christopher Stevens, Daily Mail

“Shakespeare & Hathaway: Private Investigators is easily the most improbable, twee, stylised crime show on TV. But if you’re feeling overwhelmed by the misery and sadism in Baptiste, Luther and a catalogue of other bleak dramas, this little show might supply the antidote.”
Christopher Stevens, Daily Mail

Dispatches: Safe at Last: Inside a Women’s Refuge, Channel 4

“As it layered tales of abuse in all its forms, from minutely subtle to murderous, we were offered valuable insight into the power evil men wield, the fear they instil and the dearth of psychological and physical options for their victims.”
Lucy Mangan, The Guardian