The Misadventures of Romesh Ranganathan; Cindy Sherman #Untitled; A Fresh Guide to Florence with Fab 5 Freddy 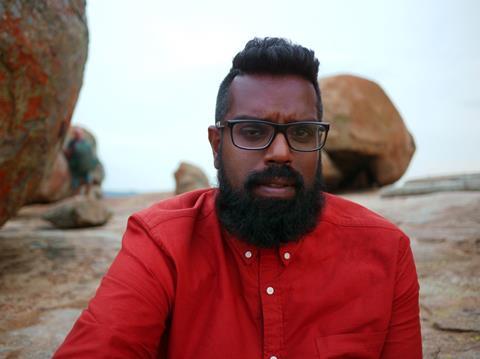 The Misadventures of Romesh Ranganathan, BBC2

“Romesh Ranganathan has nailed the celebrity travel documentary. No other celebs need bother trying. The Misadventures of Romesh Ranganathan has somehow found a formula devoid of any smugness, even when doing smug things such as getting within touching distance of a rhino in Zimbabwe. His self-deprecation and unfailing deadpan humour helps. You learn things without really noticing in these films, which are full of what are probably scripted moments of comedy, but don’t feel like it.”

“Television is more ignorant, patronising, less informative and simply stupider than 50 years ago — and if anyone doubts that, the proof is on BBC iPlayer. First, take a look at The Misadventures of Romesh Ranganathan. The 41-year-old comedian and stalwart of numerous panel shows was despatched to make a travelogue about Zimbabwe. Cynical and smug, never bothering with a joke when sarcasm will do, he sneered his way across the country like a know-all teenager determined to prove he’s too cool for the school trip.”

“This film is a great look at one of the most important artists working today, told through the interviews with Sherman and through insightful offerings from those who have known and worked with her. I could have done without the inclusion of a group of Instagram influencers – used to make the point about how relevant Sherman’s work is in our selfie-obsessed, digitally artificial world – and had more from Sherman on the big issues: love, death, ageing and parrot-keeping.”

A Fresh Guide to Florence with Fab 5 Freddy, BBC2

“The opening minutes of A Fresh Guide to Florence with Fab 5 Freddy didn’t fill me with confidence. Especially when, with typical American modesty, host Fred Brathwaite (aka hip-hop pioneer Fab 5 Freddy) began by comparing his own achievements, and those of hip-hop generally, to the greats of Renaissance Italy. However, it proved an entertaining journey through a previously unsuspected “ethnically diverse, racially mixed Italy” of the 15th and 16th centuries. Mounting up again, Fred moved on to the Baptistry and Ghiberti’s glorious bronze doors – pointing out the tiny head of a “brother” – possibly the Renaissance’s first sculpture of a black man.