The Money Maker; The Violence Paradox

“It’s a sort of one-man Dragons’ Den – a Gordon Ramsay show, if Ramsay were effortlessly cool and into profit and advice instead of food and shouting.” 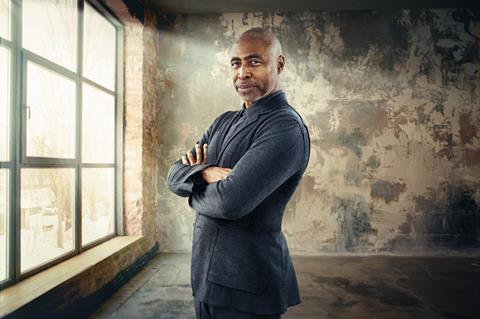 “It’s a sort of one-man Dragons’ Den – a Gordon Ramsay show, if Ramsay were effortlessly cool and into profit and advice instead of food and shouting. There’s also a touch of The Apprentice, if the absolute antithesis of Alan Sugar were involved, and The Secret Millionaire, if the millionaire were not secret and had far more than a million to his name. The only slightly new twist on the format is that Eric Collins has impregnable grace and calm authority.”
Lucy Mangan, The Guardian

“Collins was perfect for television. The suave American is an old college friend of former US president Barack Obama’s, and his ‘yes we can’ outlook and droll manner proved refreshing as he set out to transform the fortunes of an underperforming Manchester repair and restoration company. Melodrama was kept to a minimum. Nobody shouted or screamed. Doors were left unslammed. With so much conflict and ugliness in the world, and on television, watching two adults behave like reasonable people was oddly heartening. And it made for a richly rewarding start to The Money Maker.”
Ed Power, The i

“I’ve never understood the financial logic behind shows like this or Dragons’ Den. If your business is sound and you need investment, why not go to a bank? Once the loan is paid off, the banker won’t still own a quarter of your life’s work! It was good to see Jasen use the money to take on trainees, though. Never mind fancy theories, it’s real jobs that matter.”
Christopher Stevens, Daily Mail

“The social enterprise side of things sets this apart from other shows of this ilk. You could do nothing at the end but wish them the best of luck.”
Anita Singh, The Telegraph

“A fascinating portrait of humanity’s capacity for both good and evil was painted in The Violence Paradox. The absorbing two part-documentary started by stating the obvious: the world today is far less violent than in the Middle Ages or back in our days of sleeping in caves and tucking into mammoth burgers. But nothing is straightforward when it comes to human beings. This gripping film proceeded to explain how ‘civilised’ cultures bear responsibility for some of the greatest suffering in history and wear the stain of slavery and colonialism upon their souls.”
Ed Power, The i

“It’s a great theory to chew over and accordingly this two-parter was the kind of thing you want the sadly doomed BBC4 to stick around for — lightly cerebral discourse taking in history, anthropology, data science and a soupçon of neuro-psychology. Except… it’s easy to say all this when you’re a conventional-wisdom-upending professor at a leafy university. If you’re living in bombed-out rubble in Syria, you would listen to such a theory with different feelings.”
James Jackson, The Times

“It’s an intriguing idea, though it did feel like we were being bamboozled with statistics. Pinker’s ‘self-domestication hypothesis’, which argues that humans have tamed their own wild instincts and are evolving beyond violence, also seems unlikely to last. It’s the smug, over-privileged viewpoint of a scientist who doesn’t have to live in an inner city or Third World slum, or see his work censored by dictatorial officials.”
Christopher Stevens, Daily Mail

“It was packed with academics presenting their research, interspersed with nothing fancier than some stylised animation (not those terrible historical reconstructions). In short: what the BBC should be making as part of it’s remit to educate.”
Anita Singh, The Telegraph