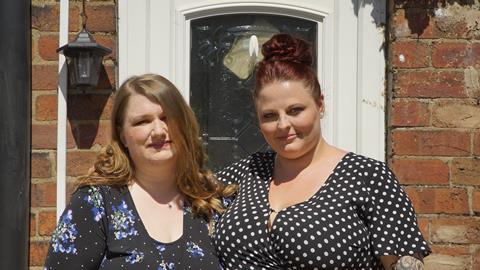 “With its manufactured scenarios and manipulative set-ups, it felt invasive and exploitative. The participants threatened to quit several times but were presumably talked out of it by producers. This bear-baiting style of reality TV felt depressingly outdated, belonging in the early Noughties, the era popular for combustible series such as Wife Swap.”
Michael Hogan, Daily Telegraph

“Call me a cynic, but it is almost as if conflict is the desired outcome and that it could be less for the sake of the children, more for the sake of television entertainment.”
Sam Wollaston, The Guardian

“I wondered what the point of it was, beyond establishing that it’s good to talk; Bob Hoskins used to need only a 60-second advert to do that.”
Gabriel Tate, The Times

“Channel Five is pretending that this is a social experiment. But no one’s buying that, which is why it took them two years to find people willing to air this much dirty linen in public.”
Christopher Stevens, Daily Mail

“Superficially this was resolutely undramatic fare featuring people in suits talking in harshly striplit offices. Yet the storytelling was as lean and compelling as the best procedurals, and the team’s relief when Ken and Jenny were convicted was palpable and impossible not to share.”
Gabriel Tate, The Times

“This fine two-parter was patient, diligent and unshowy – much like the prosecutors themselves. I’d ask for more soon please but it would likely take another two years to make.”
Michael Hogan, Daily Telegraph

“Presenter Jamie Theakston was having a glorious time, driving a silver Aston Martin DB5 and summoning a tubby Korean wrestler in a bowler hat to caddy his clubs around the golf course, like Oddjob in Goldfinger. He loosed off a Walther PPK on the firing range, and visited a props wardrobe to inspect memorabilia, including a tracksuit worn by current 007 Daniel Craig on location. Like the tracksuit, this show was strictly for the enthusiasts, but fun all the same.”
Christopher Stevens, Daily Mail

“Inventing The Impossible: The Big Life Fix (BBC2) is, in a way, a tad mislabelled. It doesn’t fix people’s lives. It does, however, fix details of them, in such a way that the effects are enormous. It’s a very clever TV show in that respect, combining a bit of design tech with a challenge, a human story and something to ponder on afterwards.”
Matt Baylis, Daily Express