The NHS: A People’s History; Inside the American Embassy

“It was an eloquent, honest eulogy showing the NHS’s beneficent brilliance” 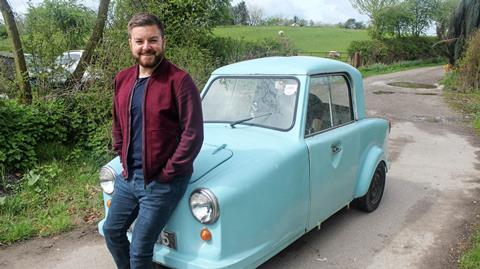 The NHS: A People’s History, BBC4

“Watching the first of three episodes filled this NHS patient and daughter of a retired NHS house officer turned cytology screener with pride. The first 25 years make for a rollicking, heart-rending tale.”
Chitra Ramaswamy, The Guardian

“It was an eloquent, honest eulogy showing the NHS’s beneficent brilliance. Yet there were less proud moments. This programme was stronger for showing the grim with the good and still allowing the NHS to emerge as a humanitarian wonder.”
Carol Midgley, The Times

“While the programme shone a light on both the NHS’s successes and less glorious moments, it would have benefited from giving each of its subjects the space that their stories deserved. The strength of their testimonies was weakened by the need to hastily dash through the decades.”
Alice Vincent, The Telegraph

“I couldn’t appreciate and value the NHS more than I do already and yet, somehow, someone telling me every night, at length, how much I ought to appreciate it brings out my inner Donald Trump. A few well done and carefully chosen programmes might have paid a better tribute, made the point and been watched more enthusiastically. That said, if I’d had a hand in picking them, last night’s would have been on there.”
Matt Baylis, Daily Express

“The second episode of fly-on-the-wall documentary Inside the American gave a sense of what daily life is like for those who decide who should be allowed into the country following the President’s controversial travel ban. The programme may have revolved around a lot of paperwork, but what unfolded was an intriguing study in bureaucracy through the eyes of the officials who can dash dreams with a rubber stamp.”
Alice Vincent, The Telegraph

“With a former reality TV host now running the country, there is potential for these applications to be turned into a gameshow. You’ve seen Britain’s Got Talent — now play America’s Got Visitors. A tasteless idea for a game, of course. But this made engrossing TV.”
Christopher Stevens, Daily Mail