The Pact; The Nevers; Innocent

“A perfectly serviceable hour of television, setting the scene for a twist-heavy, crowd-pleasing whodunnit” 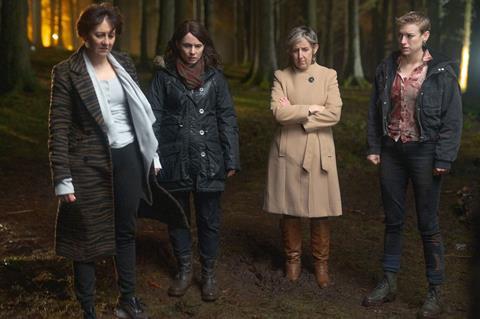 “The performances were brilliant, particularly from [Laura] Fraser as Anna, who is married to an officer investigating Jack’s murder. Making anyone care about how the heinous Jack died was a feat in itself, but the script took a long time to get going and tried to cover too much ground. It was a perfectly serviceable hour of television, setting the scene for a twist-heavy, crowd-pleasing whodunnit.”
Emily Baker, The i

“The Pact’s writer/creator, Pete McTighe, was the chief original writer of the Australian prison drama Wentworth, and The Pact shares its taste for high drama and female bonding. It’s as if Harlan Coben and Kay Mellor had a gothic pulp baby, or, forgive me, it’s Big Little Llanfairs, with apologies to Wales. It is expert enough in keeping the audience on tenterhooks to warrant a return visit, and despite reservations, I was keen to see what happened next. The BBC is wise to that, putting episode two (of six) on the following night. Let’s hope it can sustain the mystery.”
Rebecca Nicholson, The Guardian

“It all felt a bit reverse-engineered: McTighe wanting to make a drama about a group of women caught in a lie, then dreaming up the boss-in-the-boot scenario when he couldn’t come up with something better. And yet the set-up between the women was sufficiently intriguing to make me want to tune in to the next episode.”
Anita Singh, Telegraph

“The cast is good. I just don’t buy its bottom line that a group of middle-aged women who work together on a production line would, for a prank, throw their coked-up obnoxious boss into the boot of a car, tie his hands, pull his trousers down, photograph him, then leave him in a cold, dark wood where — whoops! — he dies.”
Carol Midgley, The Times

“That the many characters and interwoven stories didn’t become confusing was a triumph, and the moments where touched “turns” were displayed were subtle enough not to distract from the main narrative. Skilful, too, were the understated social messages that still ring as true today as they did in the Victorian era – women with unchecked power are a threat to the status quo and abnormality is to be feared. Consider me converted.”
Emily Baker, The i

“The Nevers is a huge mess, which has both far too much going on yet is also crushingly stupefying. The only bright points were Donnelly and Skelly, who shared an irascible chemistry. Given the quality of the script, their enthusiasm was arguably the true superpower on display.”
Ed Power, Telegraph

“Mess can be fun and, viewed as a steampunky romp, The Nevers is that. Long stretches could be Enola Holmes for grownups or Penny Dreadful for children. But it could – tightened and focused – be so much more.”
Lucy Mangan, The Guardian

“Written by Chris Lang, the power behind smash-hit police serial Unforgotten, this is a layered and complex psychological puzzle. It has flaws: the original evidence that earned Sally a life sentence looks so flimsy, it’s weightless. There are many secrets just below the surface here. This isn’t high concept, but it is deep waters.”
Christopher Stevens, Daily Mail

“The drama is playing out over four consecutive nights. I’m never sure if that’s because a broadcaster thinks they have a bingeable hit on their hands, or if they worry that we’d have lost interest by next week. As with the first series back in 2018, this is written by Chris Lang, who demonstrated with Unforgotten that he knows how to create complex characters and marshal a cohesive plot.”
Anita Singh, Telegraph

“Certain things jarred, such as the bank clerk calling Sally a “filthy whore” at work, which felt unlikely. And the fact that the star detective (Shaun Dooley) yet again has a tragic backstory. Can’t a TV cop be happy for once?”
Carol Midgley, The Times