The Pembrokeshire Murders; Death in Bollywood

“A perfect example of how to do true-crime well. It is sensitive when it needs to be, and never loses sight of who suffered” 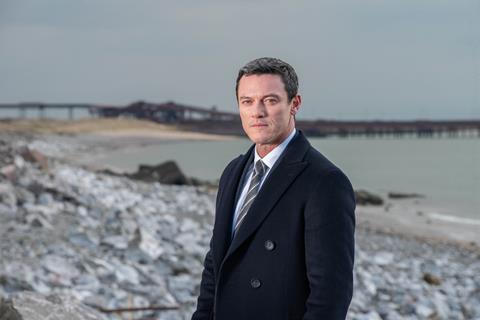 “This is an elegant retelling of how it happened. It is gripping and tense from the off. There is the odd clunky line, but this is full of top-notch performances. To my mind, The Pembrokeshire Murders is a perfect example of how to do true-crime well. It is sensitive when it needs to be, and never loses sight of who suffered.”
Rebecca Nicholson, The Guardian

“While this may not have the flamboyance of White House Farm or David Tennant’s mesmeric brilliance in Des, it deserves credit for being a respectful, non-salacious retelling of the dogged reinvestigation. There were no flashbacks and there was no salivating over the grisly details, with the writer Nick Stevens unafraid of ditching sensationalism in favour of low-key police procedural and forensic admin.”
Carol Midgley, The Times

“The Pembrokeshire Murders lacks the psychological chills of Des or White House Farm, or the flair of The Serpent. But it is a solid police drama, and at least the accents aren’t a crime. Even though we know the outcome, there was enough in this opener to convince that it is worth sticking with it through the next two episodes.”
Anita Singh, The Telegraph

“Screenwriter Nick Stevens did not hide the viciousness of the crimes, nor overlay any of the seedy glamour that disguises some of the violence in the other true-life drama airing now, BBC1’s The Serpent. To offset the sheer horror of the murders, Luke Evans imbued the policeman in charge of the investigation, Detective Chief Superintendent Steve Wilkins, with a deep humanity and a touch of the poet.”
Christopher Stevens, Daily Mail

“A hesitancy to linger over gory details is to be applauded, but this opening episode trod almost too carefully, flitting between the cases and diluting the horror of each. For a drama that was supposed to be a race against time, it spent too long on Wilkins’ personal life. The Pembrokeshire Murders is billed as an ‘extraordinary’ true story, but so far, it’s all a bit humdrum.”
Rachel Sigee, The i

“The family clearly wanted this film to be made as part of their campaign for justice. But seeing photographs of Jiah’s dead body felt voyeuristic. All the ingredients of a celebrity true-crime story were here, and viewing the show in those terms left me uneasy.”
Anita Singh, The Telegraph

“There was certainly enough here to suggest that there might be more to the case. But while we were repeatedly told that the investigation was ‘botched’, there was not much close interrogation of exactly how. Instead there were reams of footage of Khan, from childhood home videos to showbiz interviews to her final moments caught on CCTV. While it was good to see the victim front and centre, it felt as though the documentary-makers were more captivated by Khan’s beauty than her story.”
Rachel Sigee, The i