The Planets; Years and Years; Beat The Chef

“The cutting-edge visuals are worthy of a space movie, not least the cosmic round of ten-pin bowling at the dawn of the galaxy” 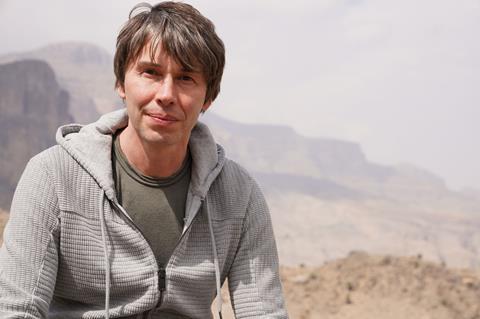 “Cox spoke slowly and clearly and illustrated his points from a variety of spectacularly remote locations, with the result that only a couple of times did one’s brain turn to Venusian fog.”
Jasper Rees, The Telegraph

“Philomena Cunk has, in some small way, made it harder for programmes like this to exist, not least because she once described Cox as “sounding all stoned and depressed”, and it has been hard to hear him otherwise since. But Cox is the Attenborough of the solar system, not only bringing gravitas to what he describes, but inviting viewers to share in his awe at it. It is feelgood television, then, after all.”
Rebecca Nicholson, The Guardian

“The production fully exploits the potential of sweeping high-definition cinematography and CGI, with asteroids carving fiery trails across the heavens and planets colliding in awesome slow motion. To this, Cox adds his own narrative in a heightened, pseudo-poetic style.”
Adam Sweeting, The i

“The cutting-edge visuals are worthy of a space movie, not least the cosmic round of ten-pin bowling at the dawn of the galaxy.”
James Jackson, The Times

“The whole show belonged to Prof Brian. That meant it was all astro-science, with no interest in the part played by the planets in culture over the past couple of thousand years — no references to the Greek gods, for instance, nor excursions into sci-fi.”
Christopher Stevens, Daily Mail

“A breathless, bonkers ride, but if you go with it, it’s never dull, which counts for a lot. I imagine the soapy travails of the family (including that teenage-transhuman plot, like a ho-hum Black Mirror) will recede in the memory quicker than the series’s unsettlingly bang-on portrait of populism.”
James Jackson, The Times

“So far, all we’ve learned is that soundbites aren’t as flavoursome as real bites, and that the panel of experts need to be much more imaginative with their descriptions. It’s no good telling us who has won, if we can’t understand what’s fantastic about the dish.”
Christopher Stevens, Daily Mail