The Split; The Brits at 40; Pandemic 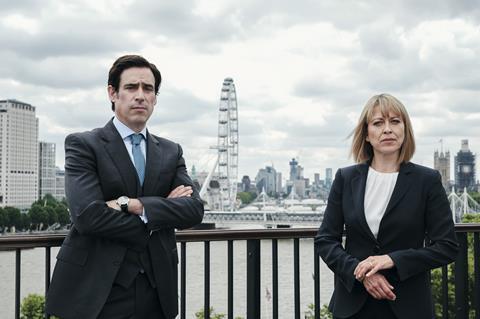 “Is The Split the most original, cliche-eschewing drama on television? No. Should you nonetheless gulp down the entire series, like a chilled glass of chablis after a hard day of ‘having it all’ in high heels? Yes, yes you should.”
Ellen E Jones, The Guardian

“This is the kind of midweek melodrama that British TV does so well. Plausible? Hardly. Watchable? Infuriatingly so.”
James Jackson, The Times

“Trashy telly isn’t fattening, thankfully, or else every slice of the legal drama The Split would contain more calories than battered banoffee pie. With a side order of chips. You might as well succumb. Heaven knows you’ll regret it in the morning, but all six episodes of The Split are available on iPlayer — so grab a bottle of prosecco and enjoy a shameless binge.”
Christopher Stevens, Daily Mail

“The debut run in 2018 proved to be style over substance and got a lukewarm reception. Sadly, it hasn’t improved in the interim. One of the big problems with The Split is that it’s populated almost exclusively by annoying characters. This was a world of pre-nups, post-nups and oh-do-shut-ups. Vaguely enjoyable nonsense but nonsense nonetheless.”
Michael Hogan, The Telegraph

“The Split may be in tune with our equality-conscious times, but that doesn’t necessarily make for great television. The legal storylines are bulked out with sentimentality and self-congratulation. It is as if writer Abi Morgan wanted to make The Good Wife but ended up with Doctors.”
Adam Sweeting, The i

“Narrated by Jack Whitehall (also next week’s presenter) in a tone of boggling admiration for such glittering musical magnificence, and drearily structured as a long list of clips under headings such as ‘Girl Bands’, ‘Boy Bands’, ‘Collaborations’, ‘Risqué Routines’ and so on, it never had a hope of justifying its two-hour slot.”
Adam Sweeting, The i

Pandemic: How to Prevent an Outbreak, Netflix

“Talk about timing. Perhaps Netflix’s algorithms are so powerful they have the power of prophecy. The coronavirus certainly gives an extra reason to watch what’s a valuable six-parter underpinned by strong storytelling as it follows doctors risking their lives in contagious conditions.”
James Jackson, The Times