“You know what you’re getting from a Kay Mellor drama, and The Syndicate is the writer/creator at her most Mellor-ish.” 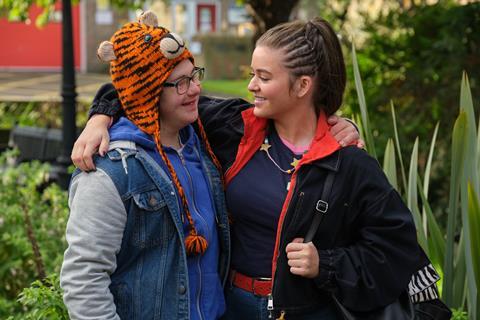 “You know what you’re getting from a Kay Mellor drama, and The Syndicate is the writer/creator at her most Mellor-ish. I find it irresistible, though I admit I’m a sucker for any drama that reaches its highest point of tension with an investigation into whether there is a specialist orthopaedic vet in Yorkshire’s east riding or not. Its lightness of touch is part of its appeal, and it is a reliably quippy, witty show. While it is never too demanding, it is regularly satisfying.”
Rebecca Nicholson, The Guardian

“As in every series of this show, which has been running since 2012, the characters are deftly drawn and the main strands of the story sketched in swiftly. It isn’t always believable but that doesn’t matter — because a windfall on that scale never could be, even if it really happened.”
Christopher Stevens, Daily Mail

“The whole thing feels light, but Mellor weaves in emotional truths. And it makes a pleasant change when every other drama these days involves a murder investigation.”
Anita Singh, The Telegraph

“The Syndicate is never going to deliver high-octane thrills – but that’s not the point: the series pootles along in its gently amusing way, incorporating moments of intrigue and difficulty but never demanding too much or dropping its ultimately buoyant demeanour. A winning formula.”
Gwendolyn Smith, The i

“Their youthful capering reminded me a little of that late-1970s children’s TV sleuthing show The Red Hand Gang (remember them?) with a dash of Scooby-Doo. Still, there were some nice witty touches and I’m optimistic about this one, not least because Mellor, with her tendency towards celebrating the joys of camaraderie and kindness, rarely lets us down.”
Ben Dowell, The Times

“At times this programme couldn’t work out how much it wanted to be a hard-hitting expose or a gentler Louis Theroux-style sideways look at unusual people and neighbours worrying about becoming lunch. In the end it was both, but it worked partly because Kemp allowed his subjects to reveal themselves and was such a good sport.”
Ben Dowell, The Times

“Ross Kemp has done an excellent job in transforming himself from frowning soap hard-man to frowning documentary hard-man, and I think we can all congratulate him on that. Like a bald, less guileful version of Louis Theroux, Kemp engages his subjects in conversation, tries not to make value judgements about their cruel, idiotic behaviour, and draws out some of the contradictions in their beliefs.”
Sean O’Grady, The Independent

“It’s easy to poke fun at Kemp the serious film-maker, because he made his name as Grant in EastEnders and hasn’t exactly shied away from the image. But Kemp can make good documentaries, and this was one of them. He asks all the right questions, in a direct, straightforward manner. He never tiptoes around a subject or tries to snooker his interviewees.”
Anita Singh, The Telegraph

“Despite the show’s veneer of concern for the creatures, its focus on the madcap antics of their keepers and its insistence on Kemp doing risky things like climb into lion’s cages made it clear that this was no real call to arms about animal welfare. Rather, here was a disingenuous invitation to gawk at the twin spectacles of human folly and impressive animals up-close.”
Gwendolyn Smith, The i