The Trick; Hornby: A Model World; Yorkshire Cop: Police, Racism And Me

“Really, it’s a tale of one man taking far too long to explain himself” 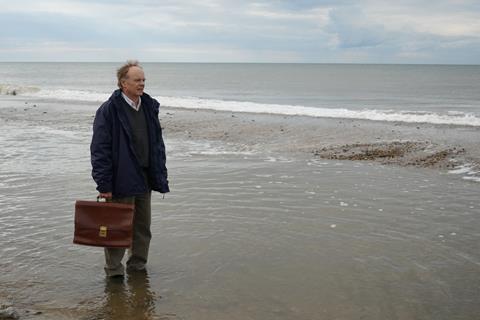 “It petered out somewhat at the end, Ruth doing a Fleabag-like to-camera sequence to wrap things up. I’m not sure it always managed what Wallis had urged Jones to do — simplify the convoluted. However, it served as a sobering reminder of how quickly untruths spread to become accepted lore and, as the saying goes, a lie can be halfway round the world before the truth has got its boots on.”
Carol Midgley, The Times

“Watkins is a reliably good actor, but here he was let down by a terrible screenplay. Writer Owen Sheers is an award-winning poet, novelist and playwright, but television is not his medium. The story is inherently uncinematic, so any screenplay needed to work hard to hold our attention. What we got was endless exposition and ropy dialogue.”
Anita Singh, The Telegraph

“Owen Sheers’s drama made a valiant attempt at humanising and explaining the complex saga of “Climategate”. Watkins’s Jones, largely wandering around in a daze, was something of a traumatised cipher, while Sheers got through a lot of necessary exposition by deftly shoehorning it into the dialogue instead of resorting to captions.”
Gerard Gilbert, The i

“Eddie added finishing touches to the panorama, sprinkling flour on the rooftops with a sieve and fixing it in place with hairspray. This is a superficial series, with little new for the dedicated modeller. But its gentle charm is a tonic.”
Christopher Stevens, Daily Mail

“That kind of quiet courage and common sense has always been priceless. Cool, dogged, unflinching, he has the true qualities of a hero. PC Bill Thomas deserves the whole country’s gratitude. Lord knows we need people like him now.”
Christopher Stevens, Daily Mail