The Truth About Getting Fit at Home; The Pembrokeshire Murders; Night Stalker; Briarpatch

“It had the bitty feel of a magazine programme. Some of this was useful from a consumer point of view but other bits weren’t” 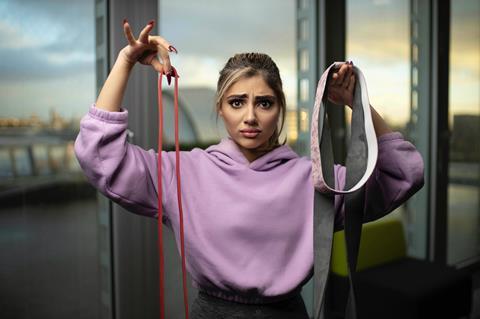 The Truth About Getting Fit at Home, BBC2

“The problem with this show, and so many others of its ilk, is that it had the bitty feel of a magazine programme. No sooner had we got our heads around one item, then presenter Mehreen Baig had whizzed off to another expert in another part of the country to discuss another topic. Some of this was useful from a consumer point of view – stopping us from wasting money on products that won’t do us any good – but other bits weren’t.”
Anita Singh, The Telegraph

“During the entire hour there was nothing of any use to older viewers. Some of the recommended moves and stretches looked downright hazardous. I’ve no intention of bending double and lifting dumb-bells — discs would pop from my spine like slices of bread from a toaster.”
Christopher Stevens, Daily Mail

“A Google search would have revealed everything before the opening credits rolled on episode one, but this was all about beautifully modulated storytelling, less whodunnit more howtheygothim. Through a mixture of dogged police work and some luck, it transpired, which made for another gripping viewing experience.”
Ben Dow, The Times

“This final stretch tried to ramp up the tension with an interrogation scene and a race against time to find a crucial bit of forensic evidence. But there was nothing here to keep us riveted, not even Keith Allen’s skilful turn as the nasty little killer. This was otherwise a useful corrective to shows that present an unrealistic picture of police work.”
Anita Singh, The Telegraph

Night Stalker: The Hunt for a Serial Killer, Netflix

“Director Tiller Russell spent too much time establishing Carrillo and Salerno as heroic protagonists. Episode one was particularly ponderous in establishing the detectives’ back stories. While their relationship was told in meticulous detail, Ramirez’s crimes were narrated confusingly. There was too much about the hunters not enough about the hunted.”
Stuart Jeffries, The Guardian

“His speciality was viciously invading the safe spaces of pretty much anyone he wanted. Naturally, this made the sofa-bound viewing experience less than comfortable, but the film-making was first rate. The director Tiller Russell used first-person testimony to construct a tense narrative overlaid by a rich visual experience. As the body count mounted, the pin-sharp storytelling didn’t let up over three compelling hours.”
Ben Dowell, The Times

“Every element of Alibi’s dark, uncanny US series Briarpatch seemed designed to scream ‘creepy!’ – and that’s before mentioning the murder at the heart of the show. Briarpatch wasn’t the subtlest of shows, but it was sleek and propulsive enough to make me want to find out more.”
Gwendolyn Smith, The i