“Broad in scope and rarely letting go of its in-built tension, The Undeclared War feels like a fresh take on political drama” 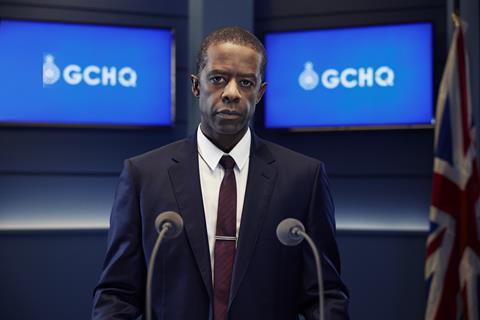 “Broad in scope and rarely letting go of its in-built tension, The Undeclared War feels like a fresh take on political drama. That by the end of the series we may be none the wiser as to how a cyber attack really works doesn’t matter – it seems that no-one in the room where it happens is too sure either. Now that’s a terrifying prospect.”
Emily Baker, The i

“While codes, viruses and sentences such as ‘It’s encrypted text from a malware string’ will never be sexy, Peter Kosminsky has done a heroic job in making them as titillating as they’re ever going to be. In lesser hands such a drama could have been terrible, especially since it involves a lot of weird geniuses in bad clothes being rude to each other. It helps enormously that Kosminsky has amassed a stellar cast including Alex Jennings and Simon Pegg as tetchy GCHQ bigwigs, Mark Rylance as a kindly veteran boffin and Adrian Lester as a bullish prime minister.”
Carol Midgley, The Times

“It’s interesting stuff. But first you need to swallow the ludicrous idea that the only person capable of staving off World War Three has been in the job for two hours. You haven’t seen anything as implausible since those Novichok suspects claimed they were just on a sightseeing trip to Salisbury Cathedral.”
Anita Singh, The Telegraph

“Making computer code look exciting on TV has always been difficult. But Kosminsky finds an alluring way. What really holds our attention is Saara’s home life. Her father is depressed, her mother furious that she refuses to stay meekly at home at her family’s beck and call. It’s this personal tension that makes the internet attack matter. Otherwise, I’d just say good luck to the anarchist hackers.”
Christopher Stevens, Daily Mail

“At the core of The Undeclared War, there is something substantial. Cyberattacks are a very contemporary but widely under-acknowledged real-world danger; the idea of a series shedding light on our country’s response to them is intriguing. However, the execution here just lets it all down. The acting is stilted and unconvincing; the cast are not helped by a witless, clunky script.”
Louis Chilton, The Independent

“It moves at a glacial pace and the GCHQ staff have the air of reluctant office workers on data entry shifts, boredly tapping at their keyboards until it’s time for a statutory tea break – rather than people frantically trying to hold off an enemy assault that could kill thousands and hurl the nation back to the middle ages, or at least the 1990s. While I’m sure this is far more realistic than the bullet-sweating heroes Hollywood gives us, it doesn’t provide much in the way of dramatic tension.”
Lucy Mangan, The Guardian

“The Terminal List is the kind of straight-to-Redbox three-beers-deep actioner made by the dozen, usually starring Chad Michael Murray or Bruce Willis or Chad Michael Murray and Bruce Willis, that works best with little to no thinking time. When spread across eight, punishingly dull episodes, all of its many, many cracks star to tear the whole thing apart. Drably directed in part by Antoine Fuqua, it’s astonishingly pedestrian and aggressively unexciting stuff, a flat and all-too-easy-to-predict revenge saga that plays by the basest of rules, our embittered hero violently working his way through the bad guys like he’s in a video game, all the way up to the boss level.”
Benjamin Lee, The Guardian

“There’s an interesting story hiding somewhere deep within The Terminal List about billion-dollar defence contracts and the commercialisation of war. Unfortunately, it’s hidden beneath an impenetrable layer of beards, brawn and genre clichés. It has pretensions to be a psychological drama but comes off like a less subtle Rambo. Its budget is far bigger than its brains. It’s essentially a mediocre action movie, strung out for eight hours.”
Michael Hogan, The Telegraph

“Those with an appetite for the Jacks (Reacher and Ryan) will find something to enjoy in the violent infallibility of Reece. There is plenty of skull cracking and head shots. But the plot, in so much as there is one, will make about as much sense to viewers as it does to the heavily concussed Reece.”
Nick Hilton, The Independent

“The show’s return is much less about harmless Goonies fun and spot the 1980s references. The end of the world — or Hawkins, Indiana, at least — is clearly far too momentous for such trivialities, and the emotions here are amped up to the max. As such, while the series is a wonderful, immersive thing, one can assume that these feature film-length episodes will seem interminable to anyone who isn’t a fan. Those who are fans, however, may well be in pieces by its emotive end.”
James Jackson, The Times

“The Duffer Bros have pulled off an audacious and, yes, emotional finale that takes an awful long time to get where it needs to go. Be patient though – this excellent, return-to-form series has earned that – and it delivers a final 90 minutes of fist-pumping, nail-biting, Eighties-o-rama action that both honours and deepens the Stranger Things lore.”
Chris Bennion, The Telegraph